City of Philadelphia to relocate addicts living under Kensington bridge 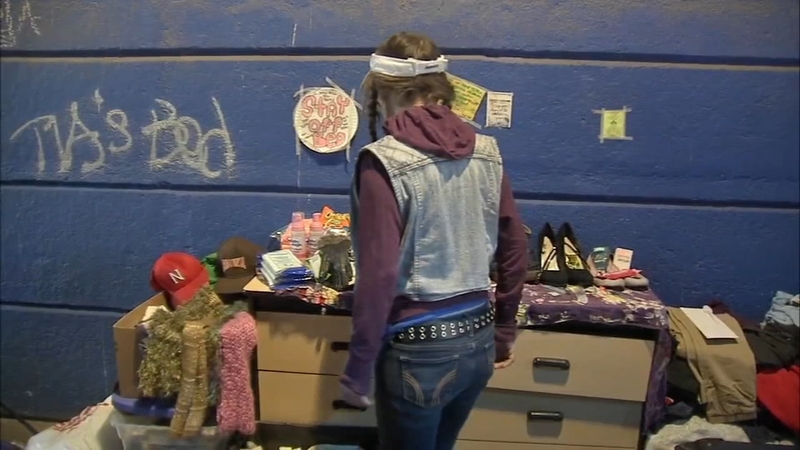 City to shut down drug encampment

PHILADELPHIA (WPVI) -- Notices from the City of Philadelphia went up this week, informing those living in drug camps under both Kensington Avenue and Tulip Street that they will have to vacate by the end of the month.

Tia Newton has called one of these encampments home for months now.

"What is the problem with us just living here?" she asked. "It's not like we're hurting anybody."

Last year, the city cleaned up Gurney Street, which served as a drug camp for decades, but residents complained it only pushed heroin addicts to other parts of the city.

"People lived at the tracks, and now they came to the bridge, and now you're taking the bridge away. It's like what do we have left, you're going to take away everything," said Newton.

As part of a pilot program, outreach workers will connect with those most vulnerable to get them into new shelters opening in the neighborhood.

"We didn't want to move them until we had at least a bed or opportunity for treatment, but this can't go on forever, and we need to get people help and get them straight," said Mayor Jim Kenney.

Tammy Hartenstine is a recovering addict and an outreach worker.

"I think a lot of them will be afraid to leave because this is all they have," she said. "They're going to be afraid, if that doesn't work then where do we go?"

A harsh reality for once recovering addict Brian Dougherty, who's fallen back into old habits.

Opioid Crisis: Ali Gorman has the story of Brandon Novak, who overcame decades of addiction.

Dougherty said he is worried that this will end one of two ways.

"They're only going to run from the routine you're trying to put them in, or come back to the routine they're used to, and it won't be there and then they're going to get punished by getting locked up," he said.