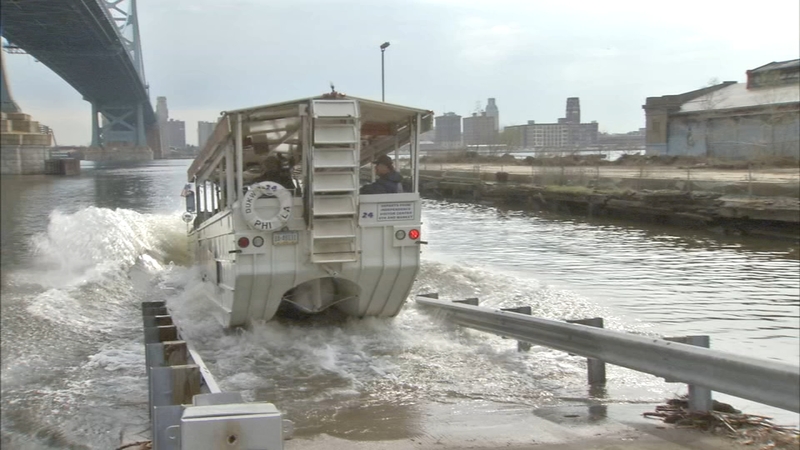 PHILADELPHIA (WPVI) -- A Missouri duck boat accident that killed 17 people has the attorney who represented the families of victims of two deadly incidents in Philadelphia calling for the complete shutdown of the company.

"This has happened repeatedly. I watched the video last night. They ride low in the water. The boat capsized and, quite frankly, they should be banned," lawyer Robert Mongeluzzi told 6abc Action News in a phone interview Friday morning. "This is not something we are just saying now."

In July 2010, Szaboolcs Prem and Doran Schwendtner, two Hungarian students, were killed when a tugboat-guided barge struck a Ride The Ducks boat on the Delaware River. They were part of a group of Hungarians visiting the U.S. through a church exchange.

Matthew Devlin, the tug pilot who was talking on his cell phone at the time, was sentenced to a year in prison. The duck boats did not operate for eight months afterward.

In May 2015, Elizabeth Karnicki, a Texas woman, was struck and killed by a duck boat while walking at 11th and Arch streets in the Chinatown section of the city.

The family of a woman struck and killed by an amphibious tourist boat on a street last spring has filed a wrongful-death lawsuit.

Ride The Ducks said in a statement, at the time, that its "safety is of paramount importance." But the company said no citation was issued "and the police indicated Ride The Ducks was not at fault."

Mongeluzzi's firm won a $17 million settlement over the fatal 2010 duck boat accident. He has repeatedly called for the banning of the vessels.

He says the duck boats have non-removable canopies that essentially make them "deathtraps."

Ride The Ducks which uses World War II amphibious vehicles to show tourists the sights on land and water, began operations in Philadelphia in 2003. The company ceased operation in the city in 2016.

At the time, Ride The Ducks said that it made the move due to financial reasons.

"Due to circumstances outside of our control including a 330% increase in our insurance premiums, continued operations in Philadelphia are not financially feasible at this time," the company said in a statement.

The operator of the popular Philadelphia duck boat tours has suspended operations in the city "indefinitely," the company said.

Seventeen people, including children, died after a boat carrying tourists on a Missouri lake capsized and sank Thursday night.

In 2015 in Seattle, five college students were killed when a boat collided with a bus. In 1999, 13 people were killed after a duck boat sank near Hot Springs, Arkansas.

Safety advocates have sought improvements to the boats since the Arkansas incident. Critics argued that part of the problem is numerous agencies regulate the boats with varying safety requirements.

Mongeluzzi says this recent incident and the Philadelphia ones are similar in nature because of the canopies and something needs to be done.

"That is the same issue that we faced in Philadelphia. It is the issue the NTSB identified almost 20 years ago. They warned about this hazard again and again. And enough is enough," Mongeluzzi said.