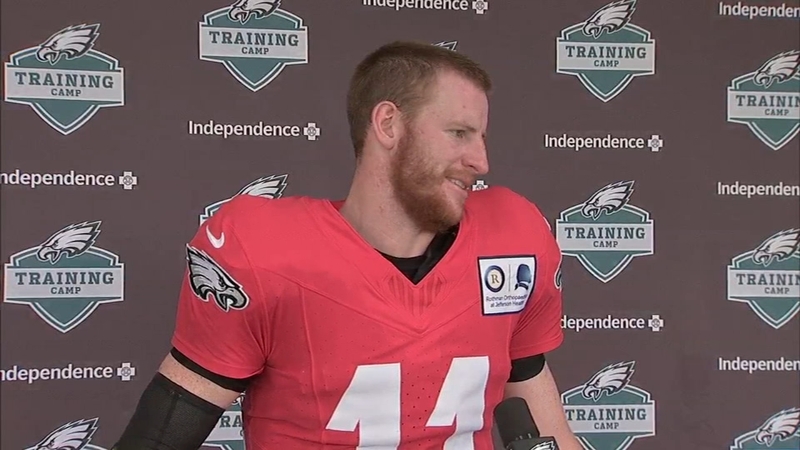 At his press conference Tuesday, the Eagles head coach said he hasn't made that decision yet, and he has a lot of "bodies" he wants to see in this game. My guess? Wentz doesn't take a snap.

Across the NFL it appears more and more teams are taking precautions in the preseason with their starting quarterbacks, and given Carson's injury history, I'm not sure I'd take the chance.

Besides Wentz, his wideouts are getting a lot of reps together at practice. And even after practice on Tuesday, we saw DeSean Jackson and Nelson Agholor running extra routes with Nate Sudfeld. Sudfeld told me they have a crazy work ethic, which is what makes them so good.

Sudfeld, himself, will likely get a lot of time on Thursday. With Nick Foles gone, Pederson and the staff need to really see what they have in him and, given Wentz's injury history, they must make sure Sudfeld is good enough to be a suitable backup.

We also had a chance to talk to some of the rookies who will play their first NFL game on Thursday.

Andre Dillard said he's getting a lot of advice from Pro Bowler Jason Peters to treat the game just like a practice. Peters told me it's important for him to take the up-and-comers under his wing so that they can carry the torch when his playing days come to an end.