Gas prices drop since last week, but are drivers even noticing?

"I didn't even notice to be honest," one driver told Action News.
WPVI
By Corey Davis 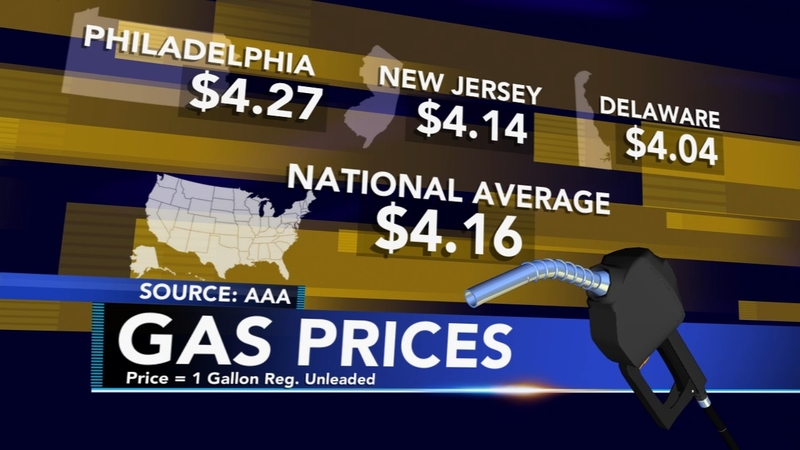 KING OF PRUSSIA, Pennsylvania (WPVI) -- Gas prices in the greater Philadelphia region are down six to seven cents a gallon since last week.

"I didn't even notice to be honest," one driver told Action News on Wednesday.

Drivers say despite the small decrease, today's regional average of $4.24 per gallon is still high.

"I have to put in 91 and it's costing me a fortune. I'm going to say almost double. Not satisfactory. Drill baby drill. Open those pipelines," Norma Gerrity of Downingtown, Pa. said.

President Joe Biden is ordering the release of 1 million barrels of oil per day from the nation's strategic petroleum reserve for six months. Stacey Sager has the latest details.

The plan is to control energy prices that have spiked after the Russian invasion of Ukraine.

"I've got a 35-gallon tank on my truck so when I'm paying $4-plus, a couple pennies here or there doesn't matter," Donney said.

He added, "I'd like to see the regulations and restrictions taken off the U.S. oil and gas industry to let us start getting back to energy independence so that we're not so much at the mercy of these international fluctuations."

Biden has suggested that prices might go down by anywhere between 10 to 35 cents a gallon, but he says it's hard to say for sure.