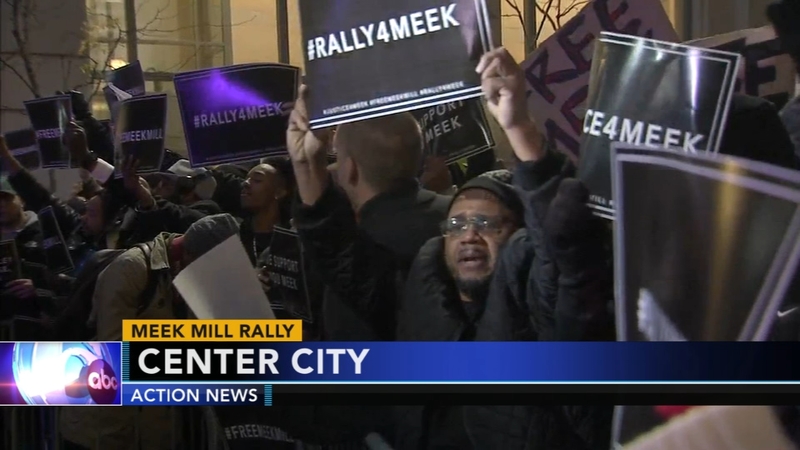 The North Philadelphia native was convicted of gun and drug charges in 2008.

Advocates outside the Criminal Justice Center are calling out the judicial system that they say failed him and continues to fail others.

"His sentence wasn't fair at all," said Allegra Schloder. "Yes, he made mistakes and stuff; he doesn't deserve that amount of time for stuff like that."

Attorney Michael Coard said no one goes to state prison for technical violations.

"It's one thing if you are out on probation and you go out and rob somebody, kill someone or rape someone, but the idea of taxpayers spending $42,000 to jail a man who should be doing community service," he said.

Many people agreed that the sentence just seemed too harsh.

"A couple of months maybe but two to four years," said Essence Turner. "When there are people doing worse than that and getting less sentence?"

Rapper Freeway said, "I feel as though because of who he is, and his status, they were trying to make an example."