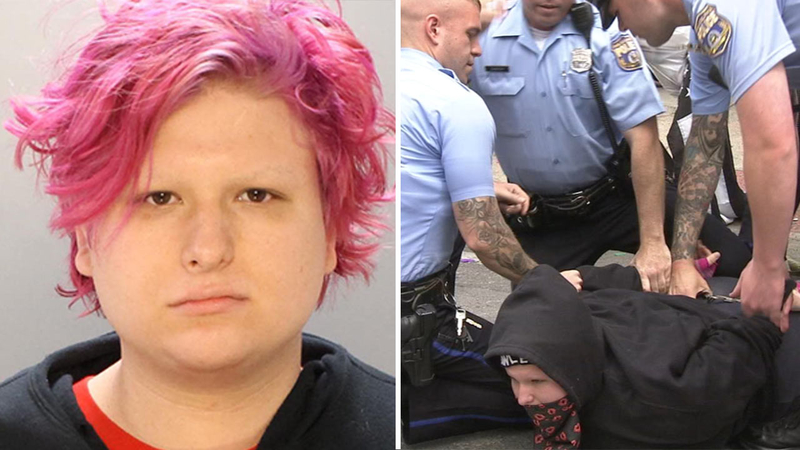 PHILADELPHIA (WPVI) -- Felony charges have been dropped against the woman who was arrested at the Philadelphia Pride Parade over the weekend for allegedly trying to burn a flag in a crowded area.

The Philadelphia district attorney's office said on Wednesday it withdrew the first-degree felony charges of attempted arson and causing/risking a catastrophe against Ryan Segin, 18.

Segin is still facing misdemeanor offenses of Possession of an Instrument of Crime and Recklessly Endangering Another Person.

She was arrested around noon Sunday at 12th and Locust.

Segin, of Woodbine, New Jersey, was allegedly spotted by witnesses attempting to pour accelerant on a "thin blue line" style American flag and trying to light it on fire.

The Action Cam was there as police took her into custody.

The D.A.'s office said a search of her bag revealed two road flares, a can of paint thinner, and a blue lighter stick.