PHILADELPHIA -- The daughter of Joe "Smokin' Joe" Frazier has started a petition calling for a Philadelphia boulevard to be named after the Hall of Fame boxer.

Frazier won the 1964 Olympic gold medal in Tokyo and became the first fighter to beat Muhammad Ali when he outslugged "The Greatest" for the heavyweight title in 1971.

He finished with a professional record of 32-4-1, with 27 knockouts. Two of the losses were epic rematches with Ali, including 1975's "Thrilla in Manila."

The city in 2015 unveiled a statue of Frazier, who died of complications from liver cancer at age 67 in 2011. 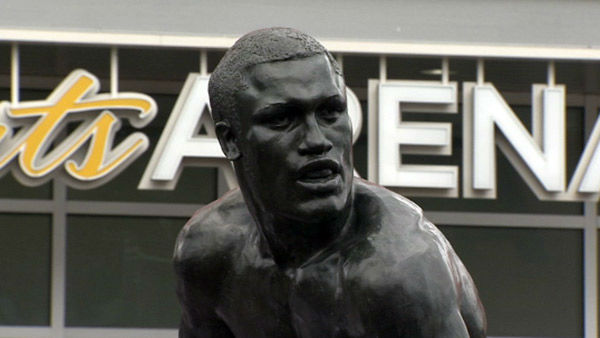