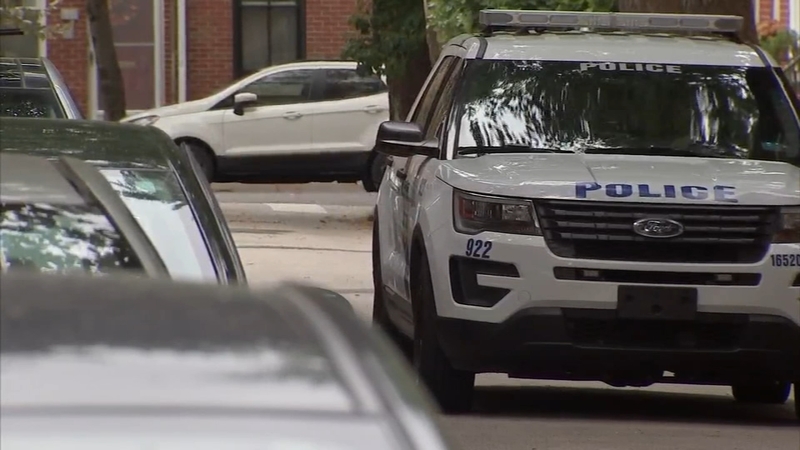 PHILADELPHIA (WPVI) -- Detectives looking through surveillance video for a man in connection to a jogger assault stumbled upon the suspect walking by the front door of a gym in Philadelphia's Spring Garden section on Wednesday.

"I just happened to look out and the guy looked in the door. I looked at his feet and that was the dead give away. I said to the detectives, 'You better go check him out,'" said Diane Colucci, who works at the gym.

Colucci says investigators told her the suspect from the brutal attack on a jogger on Tuesday evening had very distinct shoes.

"They looked like they were taped up. It wasn't normal, sneakers or shoes. It looked like a flip flop," she said.

After the detectives spotted the man, they ran outside and took him down.

Jose Oppenheimer was across the street doing landscaping work at the time.

Police said a 30-year-old woman was out for a run in the 2200 block of Wallace Street when the assault happened at about 6 p.m. Tuesday.

"When she approached and was about to pass a male, the male, for some unknown reason, punched her in the face and she fell down," said Chief Inspector Scott Small with the Philadelphia Police Department.

The victim tells police the man then kicked her while she was on the ground before he fled the scene.

"She said she never saw the man before. There was no type of problem or altercation with the male, just for no reason, no apparent reason this male punched her in the face while she was jogging," said Small.

"It was horrific. He just hauled off with all his might and hit her dead in the face," Colucci said.

The woman was taken to an area hospital for dizziness and is now reportedly in stable condition. She tells police she does not know her attacker whom she described as a 6-feet-tall, thin build man, wearing a dark hoodie over his head and a light gray pair of sweatpants.