Preps continue for Made in America 2018 in Philadelphia 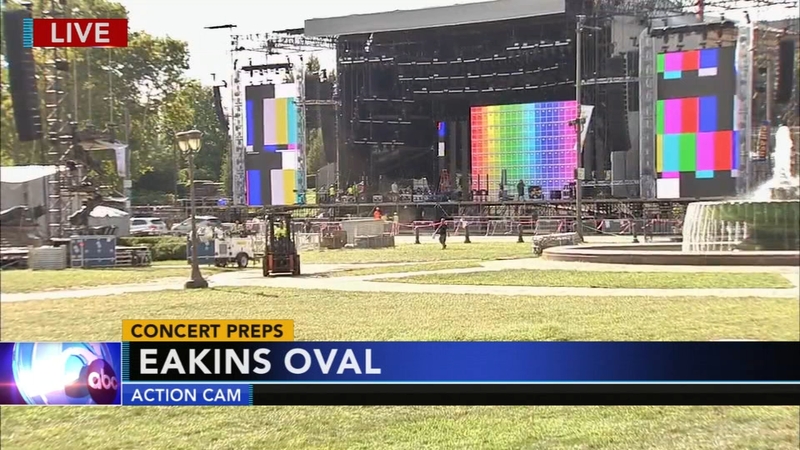 Parkway prepares for Made in America

PHILADELPHIA (WPVI) -- It has become a true marker that the Labor Day weekend has arrived in Philadelphia: Jay-Z's Made In America Music Festival will once again take over the Ben Franklin Parkway.

The preparations continued on Thursday in Eakins Oval, where stages, screens and even a Ferris wheel are going up.

"I feel like it grows in magnitude hour by hour. I drove through and it looks like a shell, and then two hours later I'm like 'where did all the stuff come from?!'" Ilia Ghee.

More than 70 artists will be spread across five stages in two days. Made in America will draw nearly 50,000 music fans - with ticketed access - to the seventh annual event.

The event will call the Parkway its home for years to come, after public friction between Mayor Jim Kenny and concert organizers including Jay-Z earlier this year.

Since then, the relationship has been smoothed out.

"We're excited that it's going to stay here for the rest of the years to come because it's in the heart of the city," said Bryan Cooke of New Castle, Delaware. "Who doesn't love Philly?!"

Not everyone is ecstatic about the extra noise and hampered traffic, but many neighbors understand that the entertainment here serves as both a pro, and con, of living in the heart of the city.

"We do know that everyone's not excited and we try our best to mitigate any issues," said Ghee.