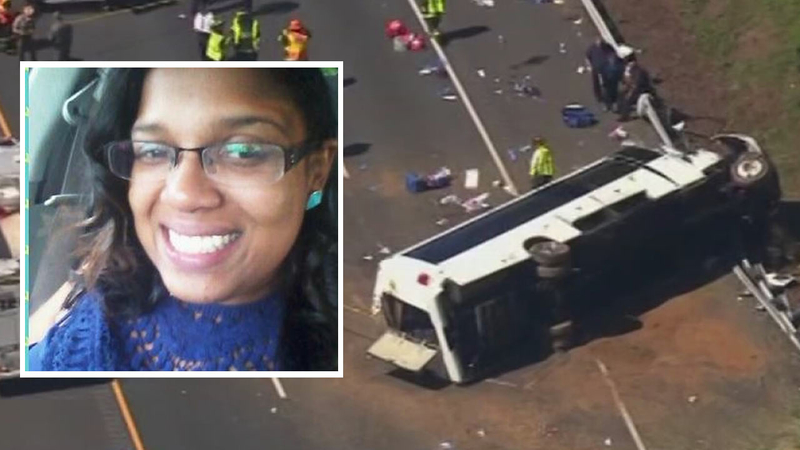 HAVRE DE GRACE, Md. (WPVI) -- Both a Philadelphia teacher and a student remained in critical condition on Tuesday evening following a bus crash on Interstate 95 in Maryland.

The crash happened on Monday morning as a bus full of eighth-graders and staff were on a field trip to Washington, D.C.

Action News has learned that Brittany Jacobs, a special education teacher with the Charles W. Henry School in Mt. Airy, underwent more surgery Tuesday at a hospital in Maryland.

No new details were available about the student in critical condition.

Four additional students also remain hospitalized with less serious injuries. All 30 people on the bus were injured and were taken to various hospitals immediately after the crash.

The bus crashed in the Havre de Grace area around 9:25 a.m. Monday.

Maryland State Police say the driver of a car lost control while trying to pass the bus, then came back across the lanes and clipped the front of the bus.

The car's driver has been identified as Menachem Backman, 20, of College Park, MD. Police say charges are pending the results of the investigation.

The school bus driver has been identified as Clarence Beamer, 59, of Philadelphia.

Video from the scene showed the damaged bus on its side. There was damage to the hill and guardrail on the right side of the highway.

RAW VIDEO: Tour bus crash in I-95 in Maryland

Coincidentally, a number of Philadelphia police officers, recruits and family members of fallen officers were on board three buses that were travelling through the area at the same time.

They were on their way to a police memorial service, also in in Washington, D.C., and were not involved in the crash. 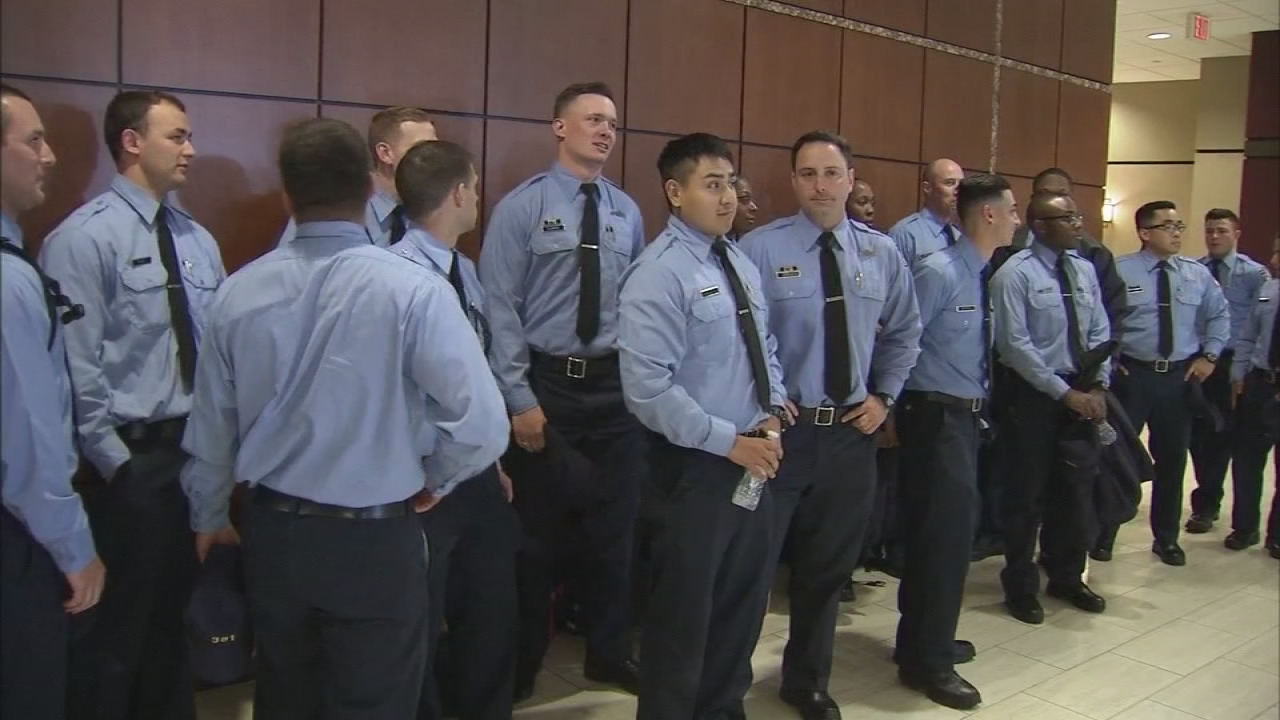 Officers, civilians stepped into action in bus crash
A group of retired and active police officers, civilians, and new police recruits were on one mission when, as they say, God put them on another.

When they came upon the scene, they rushed out to help.

"Wonderful, wonderful help. They were assisting in patient care, and I believe they got everyone out," said Peter Quackenbush, chief of the Havre de Grace Ambulance Corps.

Edie Ritchie was on one of those buses.

"We got off and started tending to the injured," she said by phone Monday afternoon. "It was total mayhem."

She said they were actually late departing Philadelphia. Otherwise, they would have been far ahead of the bus that crashed.

"Everything happens for a reason," she said.

Action News spoke with John Clark, whose daughter was among the students on board. He says, fortunately, she only suffered minor injuries.

"She's a strong young lady. She was more concerned for friends, her classmates, her teachers," he said. "One thing she shared with me, though. She thought it was kind of surreal. She thought she was dreaming."
PREVIOUS COVERAGE:

Philly students on tour bus that crashed in Md.; 25 hurt. Walter Perez reports during Action News at Noon on May 15, 2017.

Dozens injured after charter bus crash in Maryland. Sarah Bloomquist reports during Action News at Noon on May 15, 2017.