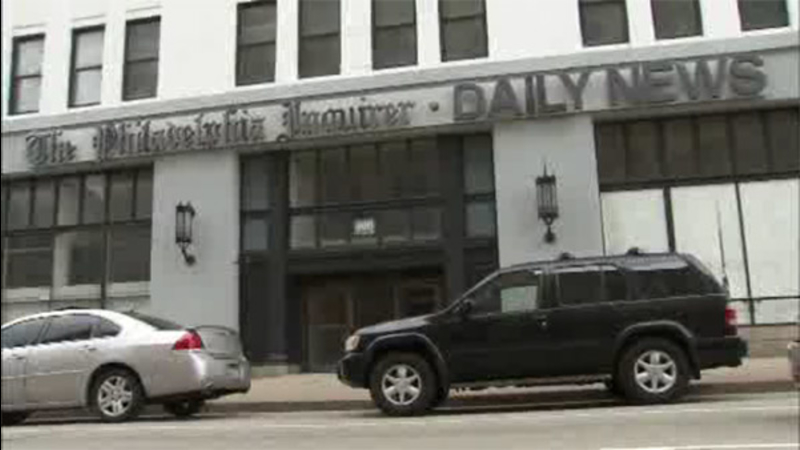 PHILADELPHIA (WPVI) -- Philadelphia officials have announced a plan to relocate its police headquarters to the former home of the city's two major newspapers.

It's a reversal on a decision by the administration of former Mayor Michael Nutter to move police headquarters to the former Provident Mutual Insurance Building at 4601 Market in West Philadelphia.

"We get about 100,000 additional square feet in this building, which allows us to incorporate more city facilities into 400 N. Broad than we could at 4601 [Market]," said Anne Fadullon, the Director of Planning and Development.

The newspaper building needs about $288 million in renovations, but Mayor Jim Kenney says taxpayers will get more for their money.

The 6th and 9th police districts will also move to the newspaper building, as will fire and police communications. The medical examiner's office, toxicology lab, and other police units will also be housed there instead of various buildings around the city.

"This is really a great location for the efficiency of police operations, the ability to have a central location," said Fadullon.

"That needed to be done as the city did own the property, to keep the property weather-tight so it wouldn't deteriorate and actually get water damage or anything like that," said Bridget Greenwald, commissioner of the Department of Public Property.

The city will sell the long-outdated headquarters at 8th and Race, nicknamed 'the Roundhouse,' along with other properties, including the current morgue.

That money will go toward the projected $288 million cost to rehab the North Broad building. Commissioner Ross said his officers approve of their new home.

"I can tell you that pretty much everybody over at 8th and Race is excited about it, and I think it's going to be a better value for the city as a whole," he said.

The city is also buying the adjacent parking garage with just under 600 spots.

Officials hope to move the police department by the spring of 2020.