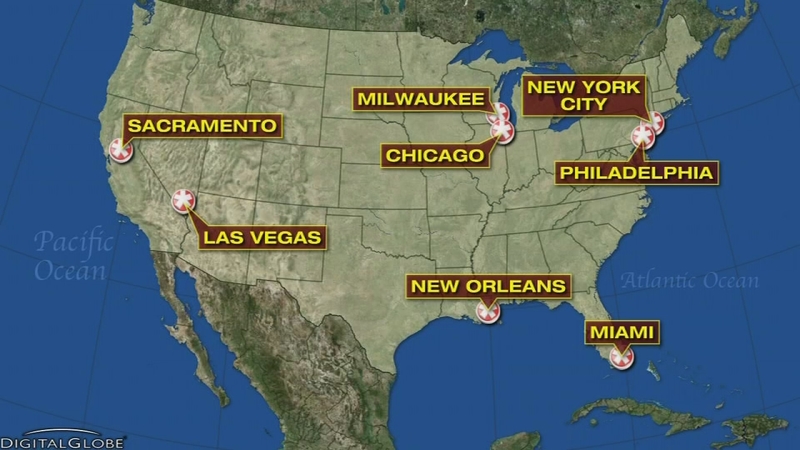 PHILADELPHIA (WPVI) -- The Trump administration is intensifying its threats to crack down on sanctuary cities that refuse to comply with federal immigration authorities.

A justice department letter was sent to the Mayors of 8 so-called sanctuary cities including Philadelphia Mayor Jim Kenney.

She says, "The Mayors need to decide are they willing to jeopardize those dollars or try to protect illegal immigrants who've been committing crimes in our cities."

Peter Pedemonti of The New Sanctuary Movement of Philadelphia said, "Sanctuary cities make us safer because they improve relations between immigrant communities and police departments."

Mayor Kenney has long rejected the notion that undocumented immigrants are the source of crime.

Immigration and criminal attorney Wayne Sachs said, "The approach of attacking sanctuary cities is an approach based on fear."

Sachs says the effect of the federal government's demands will make the city more dangerous.

Rep. White doesn't buy it. She introduced a bill in Harrisburg to withhold state funding to sanctuary municipalities in Pennsylvania.

She said, "It's 100 of millions of dollars. I think the city should take into account when they decide if they're going to maintain this dangerous policy or not."

The federal grant that is at risk provided $1.6 million to Philadelphia in 2016.

Now Philadelphia must provide proof that it is complying with federal regulations by June 30.