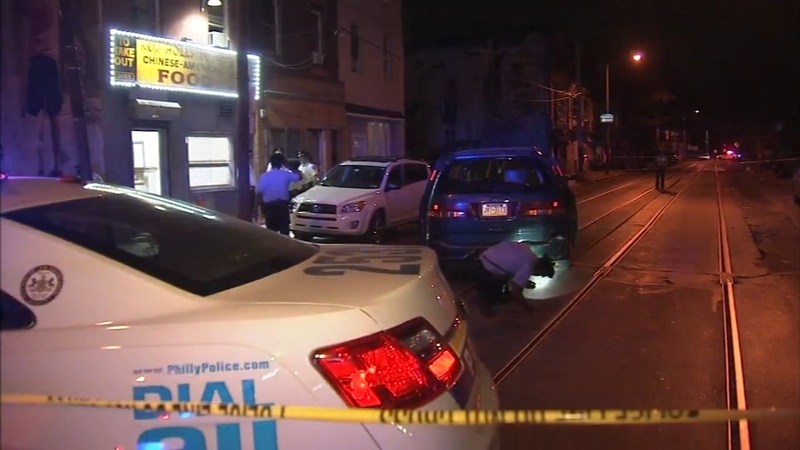 "It was a pretty wild shootout," said Chief Inspector Scott Small with the Philadelphia Police Department.

The bullet casings and the shattered glass on the back of a minivan illustrate the violence that broke out here just after 7 p.m. on the 3000 block of Germantown Avenue.

Police say surveillance video shows there was a shootout between two groups of men, two of them who were shooting from inside a Chinese take-out store.

"You can clearly see two shooters inside of the takeout area of the store and they're reaching out through the open door firing shots in a southbound direction," said Small.

A teenager and another man were injured in a shooting as reported by Dann Cuellar during Action News at 11 on Septmeber 23, 2019.

Police says it was like a war zone with as many as 27 shell casings of two different calibers scattered on the ground.

"I wish the young guys would put down the gunplay and settle their differences other ways," said resident Gene Paul.

"At this time we don't know which of the two victims were either the intended targets or if they were caught in the crossfire," said Small.

A bullet blew out the rear window of a green minivan that was passing by with a woman in her 60s, another in her 40s and two women in their 20s-- one of them pregnant and a 14-month-old baby girl.

Police say both of the shooting victims are now in stable condition.