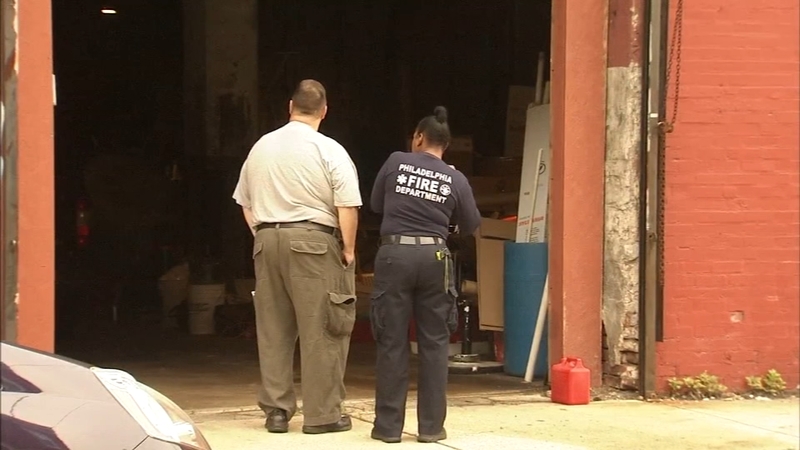 NORTH PHILADELPHIA (WPVI) -- A man is hospitalized after being shot in North Philadelphia after being drawn outside by a strong smell of gasoline.

Police are now working to figure out if the incident was also an arson attempt.

The 39-year-old victim lives on the third floor of a building on the 1600 block of North 21st Street.

Investigators say the man noticed the gasoline smell and, as the odor grew stronger, he decided to go down and investigate.

The man came downstairs and opened the garage door.

He discovered gas had been poured onto the garage door and on the pavement, and he found a gas can to the side.

Suddenly, four shots rang out from a white SUV nearby. The victim was hit in the left thigh.

Medics rushed him to Hahnemann University Hospital. He is now listed in stable condition.
The man told police he has no idea why gasoline was being poured in the garage or why he was shot.

Investigators are hoping video from nearby surveillance cameras may provide some clues.