"According to witnesses, her body was launched about 10 feet," said Philadelphia Chief Inspector Scott Small.
WPVI
By 6abc Digital Staff and Bob Brooks 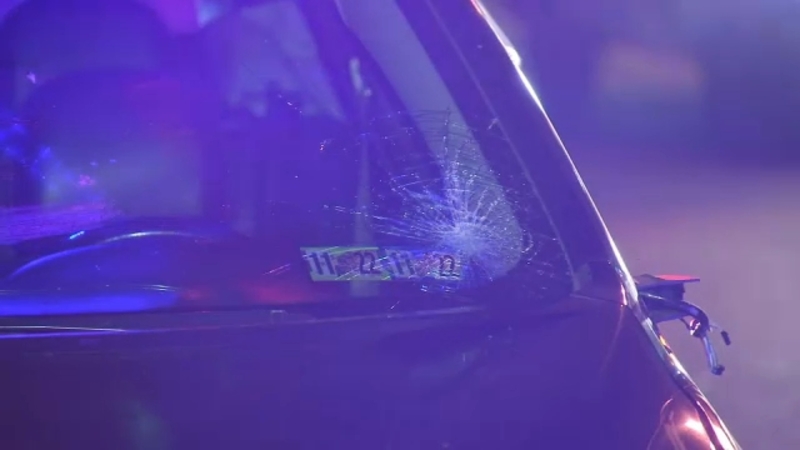 PHILADELPHIA (WPVI) -- A Philadelphia police officer was injured after she was struck by a suspected DUI driver following a traffic stop on Wednesday night.

It happened around 8 p.m. on the 6700 block of Torresdale Avenue.

Police said the 44-year-old female officer had just completed a traffic stop and was walking back to her SUV when another driver swerved into her.

"According to witnesses, her body was launched about 10 feet," said Philadelphia Chief Inspector Scott Small.

Responding officers spotted the alleged striking vehicle, a black Chevy Malibu, near Cottman Avenue. It had a smashed front windshield and a missing side-view mirror -- damage consistent with the hit-and-run.

The 42-year-old male suspect was quickly taken into custody. Police believe he was likely drunk.

"He's not injured but he'll be getting a breathalyzer very soon at our police detention unit," said Small.

The officer, a 12-year veteran assigned to the 15th District, was transported to an area hospital for minor injuries.

Investigators say given the circumstances, she's lucky to be alive.

"She's clearly shaken up. She's not even sure what happened to her," said Small.