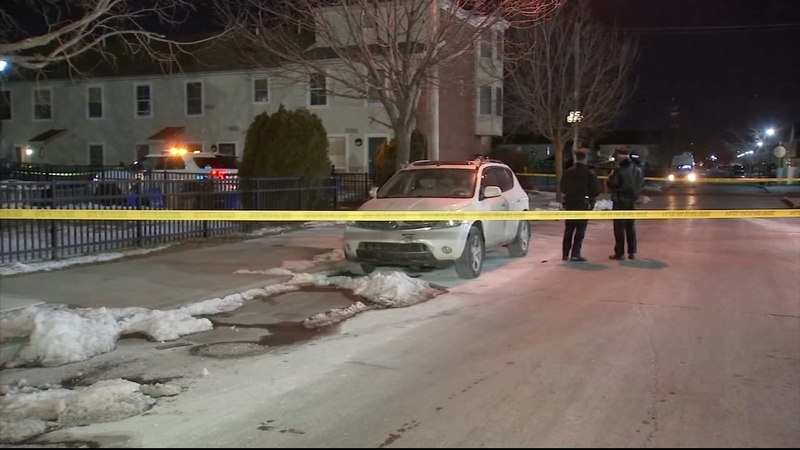 PHILADELPHIA (WPVI) -- Politicians are coming under fire as gun violence continues to surge in the City of Philadelphia.

Community activists feel there's no sign of urgency coming from City Hall as residents continue to be killed at a record pace.

"Anything that our elected officials are saying is not working," said Tyrique Glasgow of the Young Chances Foundation.

The murders are happening all over the city.

"Part of my concern is about the lack of concern from city government," said Stanley Crawford of the Black Male Community Council. "And there's not an ounce of urgency from those who are elected."

On Monday, seven people were shot and killed, including a 15-year-old boy identified as Darius Winters.

Police say Winters was killed in what turned out to be a case of mistaken identity. It happened on the 2900 block of Morris Street in the 17th District.

"This is the type of stuff that we're working to combat every day. This is sad and juveniles are being affected by this almost every day and throughout the city," said Captain Michael O'Donnell.

"We also know narcotics are driving a lot of these shootings. We've bolstered our narcotics bureau; more boots on the ground," said Outlaw.

But, Glasgow sees other factors driving the violence as well.

The foundation provides food, clothing and other resources for many families in need here. He says many young people can't even read or write and have lost all hope of getting a job. He's holding politicians accountable.

"There's too many deaths and not enough opportunities. If that's what you ran on, on healing the Black community and healing the young men in our community, there needs to be some show and tell. Show us what you talked about," said Glasgow.

For his part, Crawford wants the city to declare an emergency on gun violence.

"There needs to be a way that we the community, the police, the city government can work together to rid ourselves of those who are doing those dastardly deeds to us," said Crawford.

As of midnight, the police department is reporting 62 homicides so far this year. That is a 55% increase from 2020.

As the crime in Philadelphia continues to climb at a record pace, one Vietnam veteran is taking a stand.