One of the players and both staffers were at the team's facility in Clearwater, Florida.

The team said the other player was in a location other than Clearwater but did not elaborate as to where that player was located.

This brings the total to seven players and five staffers who have tested positive for COVID-19.

The Phillies said all other tests have come back negative.

The team closed the Clearwater complex last week after the first round of positive test results were recieved.

The Phillies initially closed their facility in March when the coronavirus pandemic shut down sports. Players returning from injuries were allowed to continue their rehab after the facility was cleaned thoroughly. A few of the team's athletic trainers and staff remained to supervise and safety precautions were taken.

Several more players began working out at the facility over the past few weeks but group sizes were limited.

The outbreak occurs as Florida has experienced rising incidents of new cases and rates of those testing positive for COVID-19. 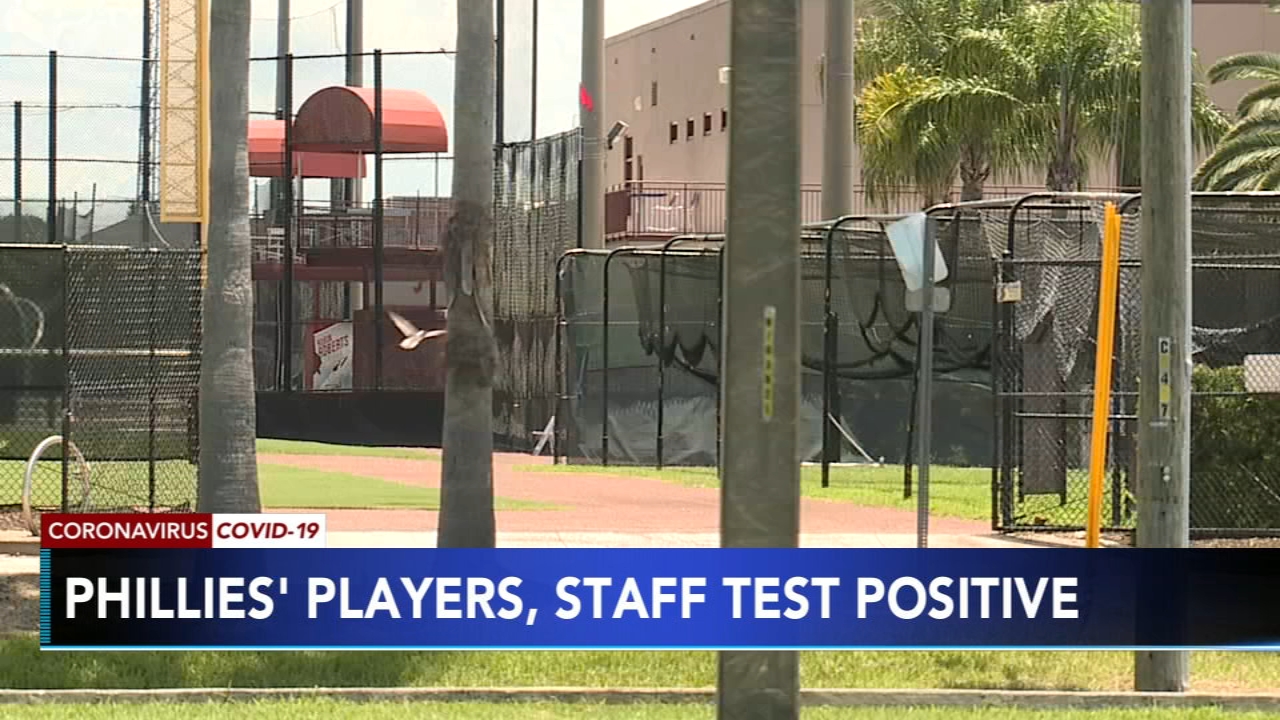