Phillies' Jake Diekman continues to 'gut it out' 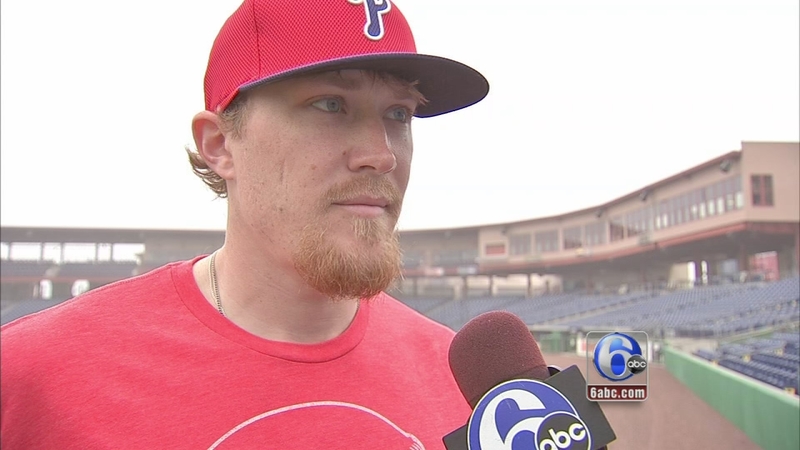 VIDEO: Phillies' Jake Diekman continues to 'gut it out'

If making it to the Major Leagues and having a successful career is not hard enough, Philadelphia Phillies reliever Jake Diekman is doing it with a chronic disease that he's been suffering from since he was a kid.

Diekman takes 20 pills a day to control his Ulcerative Colitis, an intestinal disease that affects millions of people.

The lefty has had this since he was 10 years old.

"Through flare-ups and stuff, it can be really painful. It's like a day to day thing you have to deal with," Diekman said.

During the interview, Diekman was wearing a t-shirt that read 'Gut it out.' He has a tattoo of the same motto.

"Just gut it out. Stuff can be a lot worse than it is," Diekman said.

For the last 17 years, Diekman has battled this disease and just this offseason, he had another flare-up that required an emergency colonoscopy.

He lost 20 pounds and is still trying to gain the weight back here in Spring Training.

But you won't hear him complain.

"I'd rather have it than have a 10-year-old have it that has to sit there for two hours while he's getting his medication pumped through his veins. That's heartbreaking," Diekman said.

To help strikeout this illness, Diekman has been working with the Crohn's and Colitis Foundation of America and he plans to sell the 'Gut it Out' t-shirts to raise money and awareness leading up to Opening Day.