Phillies retiring Roy Halladay's No. 34 during Wall of Fame Weekend

The team will also be honoring David Montgomery and Manny Trillo.
WPVI
By 6abc Digital Staff 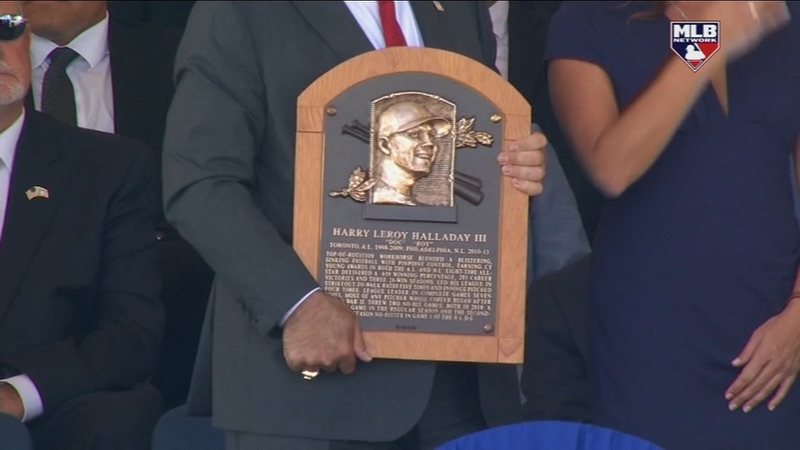 PHILADELPHIA (WPVI) -- The Philadelphia Phillies will officially retire Roy Halladay's No. 34 as they honor three team legends during Wall of Fame Weekend next month.

Doc's number will be unveiled above the rooftop in Ashburn Alley of Citizens Bank Park prior to the game on Sunday, August 8.

Former Phillies catcher Carlos Ruiz, who caught Halladay's perfect game in 2010 and his no-hitter in the playoffs later that season, will be a part of the ceremony.

Former Phillies catcher Carlos Ruiz, who caught Halladay’s perfect game & playoff no hitter, will be apart of the ceremony

Fellow Hall of Famer Steve Carlton and Halladay's teammate Raúl Ibañez will also be in attendance.

The ceremony will also feature the unveiling of a six-foot-high No. 34 statue at the Third Base Plaza, where it will stand permanently alongside Dick Allen's No. 15. 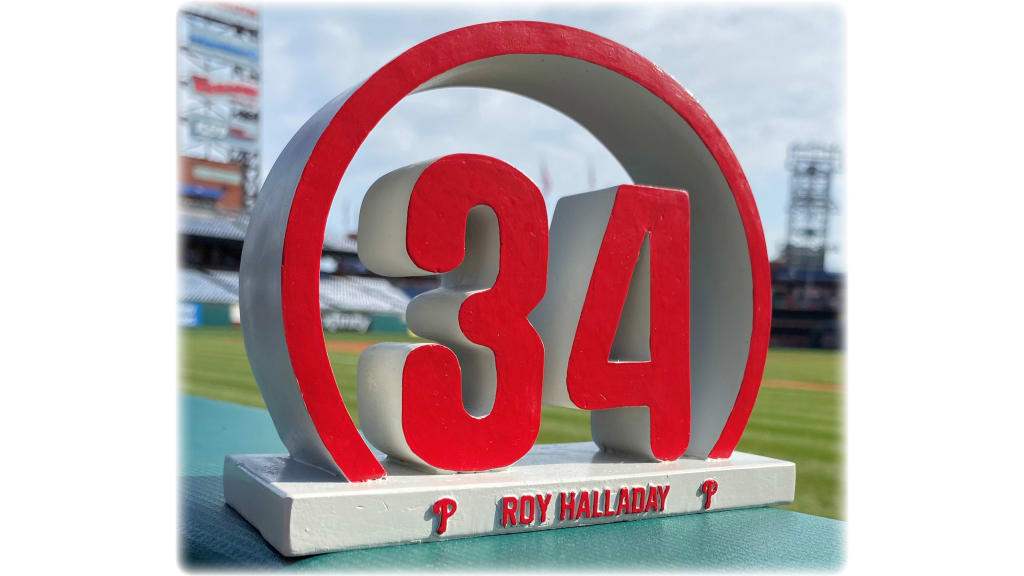 The son of a commercial pilot, Halladay was 40 when he was killed in a plane crash in November 2017 into the Gulf of Mexico while piloting his own plane alone off the Florida coast 20 miles from his home.

Halladay was posthumously enshrined into the National Baseball Hall of Fame on July 21, 2019, in Cooperstown and also inducted into the Toyota Phillies Wall of Fame in 2018.

The team will also honor their late former president and chief executive officer David Montgomery on Friday, August 6. All fans will receive a commemorative scorecard print of Montgomery.

A new Hall of Fame Awards display will be unveiled in Montgomery's honor, where it will be permanently located in the Hall of Fame Club at Citizens Bank Park.

On Saturday, August 7, four-time All-Star and a key member of the 1980 World Series championship team, Manny Trillo, will be inducted into the Phillies Wall of Fame.

Phillies Wall of Famers, many of whom were on the 1980 World Series roster, will take part in the ceremony.

Trillo was the starting second baseman when the Phillies won their first-ever World Series title.

All fans receive a Manny Trillo Wall of Fame Print.

Tickets are available at phillies.com, with festivities taking place throughout the weekend's series against the New York Mets.