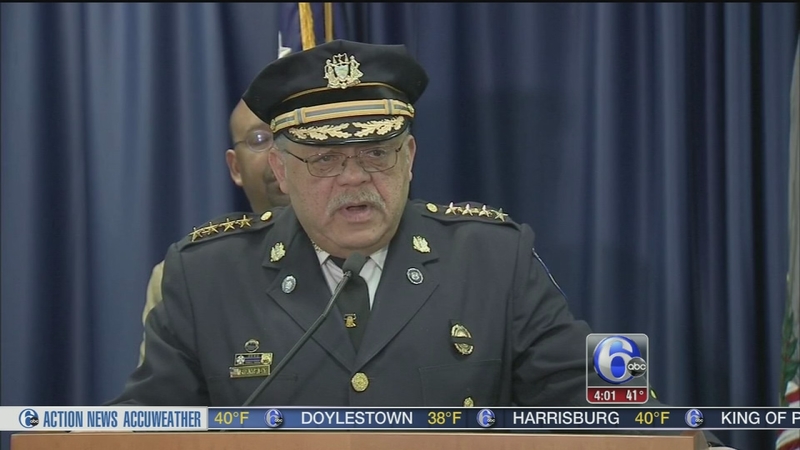 PHILADELPHIA (WPVI) -- The Department of Justice has released their recommendations for Philadelphia Police after federal officials reviewed a series of deadly shootings by officers.

With the Philadelphia Police use of deadly force on the rise, Commissioner Charles Ramsey voluntarily asked the U.S. Justice Department to assess and analyze the practices and policies here to try to strengthen community relations where the use of deadly force is most frequent.

For example, in 2013 the overall crime rate was down, but police use of deadly force was up.

In the report released Monday morning there are no references to the Ferguson, Missouri or Cleveland, Ohio scandals.

But there are what they call "serious deficiencies" in the department's use of force policies and officer training.

At a press conference this morning Ronald Davis from the Department of Justice explained the report's findings, saying, "The core areas we saw deficiencies were use of force policies, overall training with regard to use of force, no field training program, deficient and inconsistent supervision of officer involved investigations."

Philadelphia Mayor Michael Nutter reacted to the report by saying, "We will examine fully this report and work on a realistic approach for implementation of the recommendations as quickly as possible."

And Commissioner Ramsey said, "It's a good report with a lot of solid recommendations that, as the mayor mentioned, we're already in the process of implementing."