Police: Man stabbed aunt even after being tased; then shot by officer 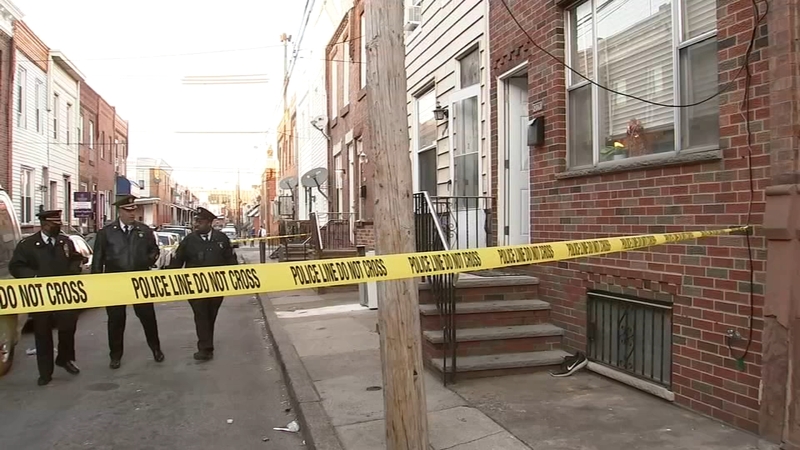 Police shoot, kill man who stabbed his aunt to death

PHILADELPHIA (WPVI) -- Philadelphia police said the man shot and killed by officers earlier this week continued to fatally stab his aunt, even after officers deployed their Tasers.

The crime began at about 3:45 p.m. Tuesday inside a home on the 2000 block of South Beachwood Street.

Police say four officers arrived to find Thomas Maisano, 36, on the second floor of the home armed with a knife. They attempted to talk to him, but were unable to convince him to drop the knife and walk downstairs.

When officers entered the bedroom, they found the man actively stabbing Josephine Duggan, his 72-year-old aunt.

Two officers Tased the man, but police said it did not stop Maisano from continuing to stab his aunt.

"The male was brandishing a hunting knife, a large hunting knife. They ordered the male to drop the knife. (He) disregarded their orders at which point the officers drew their Tasers and attempted to tase his at least two times," said Philadelphia Police Sgt. Eric Gripp during an interview on Tuesday.

Officer Alexander McChord then discharged his firearm, striking Maisano in his right side.

Police transported Maisano and Duggan to Presbyterian Hospital where they were both were pronounced dead a short time later.

Police said the knife was recovered in the front bedroom.

McChord is an 11-year veteran of the Philadelphia Police Department and is assigned to the 1st Police District.

Police said McChord has been put on administrative duty pending the outcome of the investigation.

The senseless violence in the city is affecting everyone. Within minutes and on opposite sides of the city, 2 women and 1 young girl's lives were completely changed by violence. Their ages range from 12 to 72. The 12 y/o child is in stable condition after she was shot...