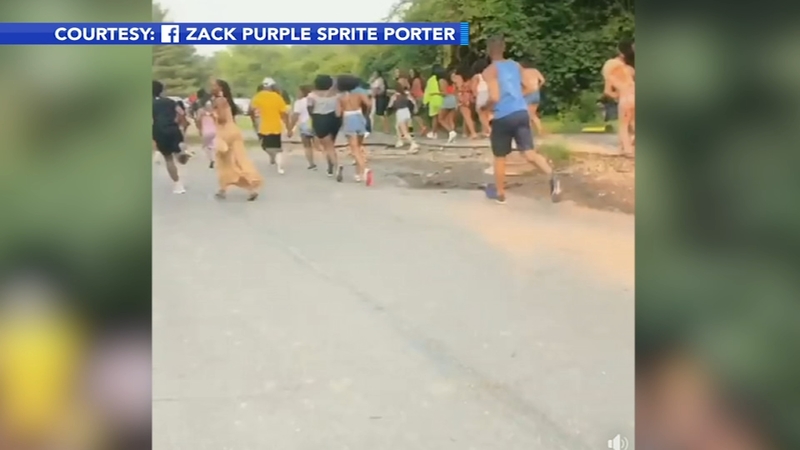 PHILADELPHIA (WPVI) -- Philadelphia Police say five people were injured during a stampede at the Roots Picnic Saturday night, after someone in the crowd mentioned a gun.

It happened while rapper 21 Savage was on stage around 6:30 p.m. at the music festival at the Mann Music Center.

Police say five people were injured, one with a broken leg.

"I was sitting on the blanket and you just heard screams and then probably like 100 people, I was sitting down, and they just started running," said concertgoer Grace Taylor of Mount Airy.

"We were just all told to run straight and to the side and get out as quick as possible."

Within an hour, the concert was back on.

But outside the venue, many people decided not to go back in.

"People were kicking down the fences. It was intense," said Kimiko Holmes, who came from North Carolina for the show, along with Michele Barrow.

"People just started trampling over each other. People left their purses, phones," said Barrow. "I'm not done with Philly. But I'm done with the picnic for right now."

A spokesperson for Live Nation which puts on the Roots Picnic said, a medical issue caused the stampede.

Philadelphia Police say while a gun was mentioned, no weapon was found.