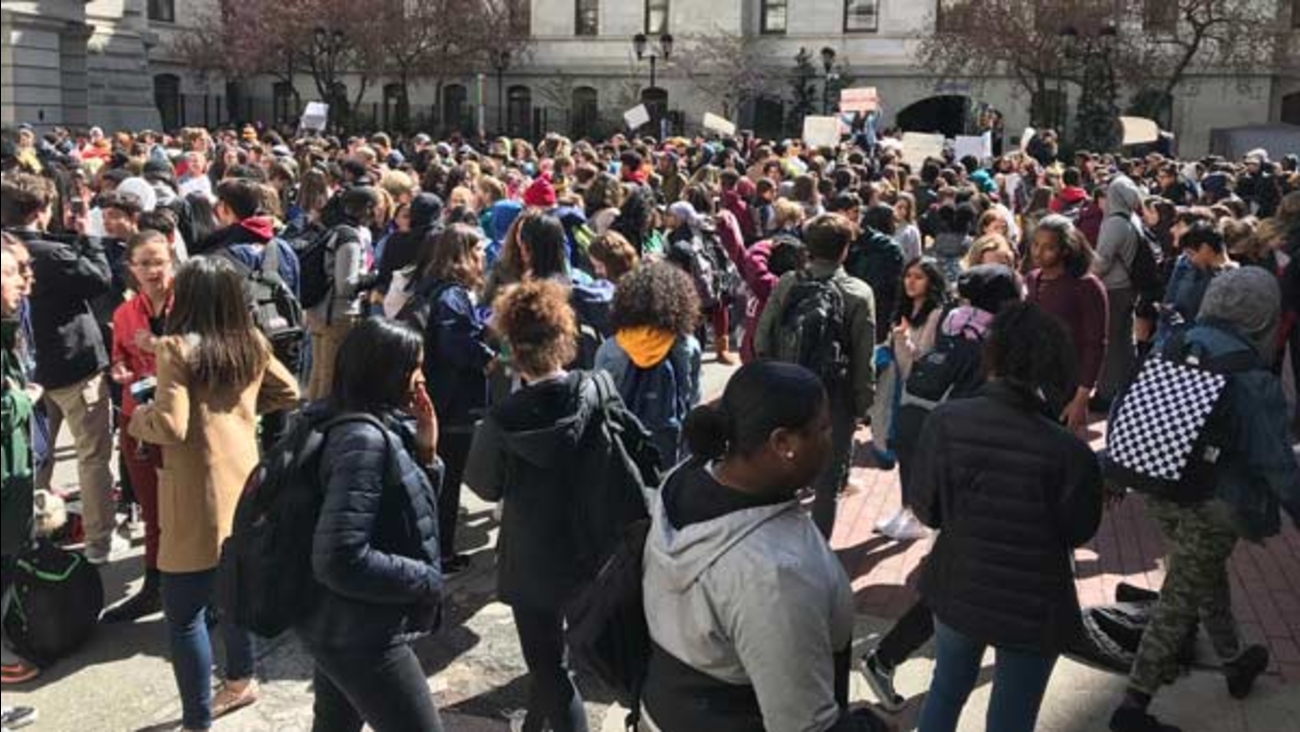 PHILADELPHIA (WPVI) -- Students have gathered at Philadelphia City Hall to take part in a National School Walkout on the 19th anniversary of the Columbine tragedy.

Twelve students and a teacher were killed in the Colorado school on April 20, 1999.
Nearly two decades later, students around the country are pushing for change.

Students began showing up at City Hall in Center around 10:45 a.m.

Last month, a march was held in Philadelphia after 17 lives were claimed in the mass shooting at Florida's Marjory Stoneman Douglas High School.

March for Our Lives in Philly draws thousands of supporters. Trish Hartman reports during Action News at 6pm on March 24, 2018.

The National School Walkout website says nearly 2,500 walkouts are planned across the country, including some middle schools and colleges.

In Colorado on Thursday, classmates from Stoneman Douglas met with students whose lives in some way have been affected by Columbine.
They're kicking off a nationwide Vote for Our Lives effort fighting for gun control and encouraging young people to register and vote.

Students at Columbine High School will be marking the tragedy's anniversary with a day of service.