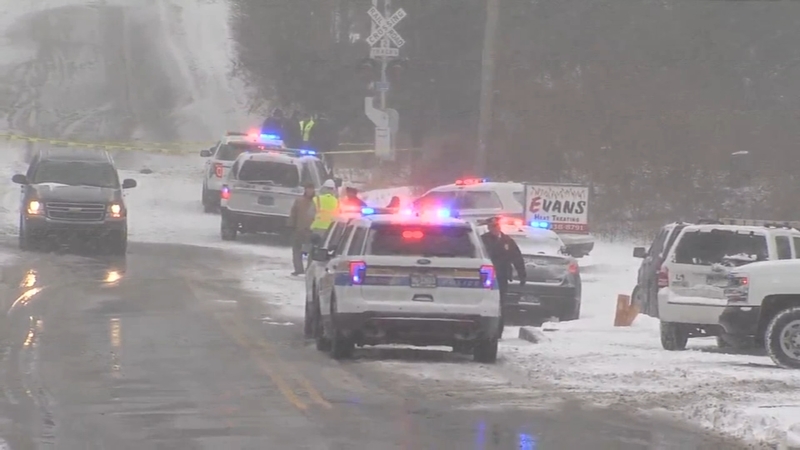 LOWER MORELAND, Pa. (WPVI) -- A woman was killed on her way to work when the car she was in crashed into a SEPTA train in Lower Moreland, Montgomery County.

Authorities say two women were in an SUV on the 300 block of Red Lion Road around 9:40 a.m. Thursday.

The driver was not able to stop on a downhill during the snowstorm and went on the tracks. The victim was identified by family members as Dawn Marie Anselmo.

"The vehicle broke through the gate and struck the passing train that was heading southbound," said Chief Steve Hasson of Lower Moreland Police.

The driver was able to jump out of the vehicle just before it struck the side of a SEPTA train that was heading towards Philadelphia.

Anselmo was not able to get out before impact. She was ejected from the vehicle and onto the tracks where she was pronounced dead.

The driver is being treated for minor injuries.

The driver's name has not been released, but sources say the women were co-workers.

Police say they are questioning the driver about what happened, but say it appears the snowy conditions on the hill contributed to the crash.

Service was suspended on the West Trenton Line until mid-afternoon.