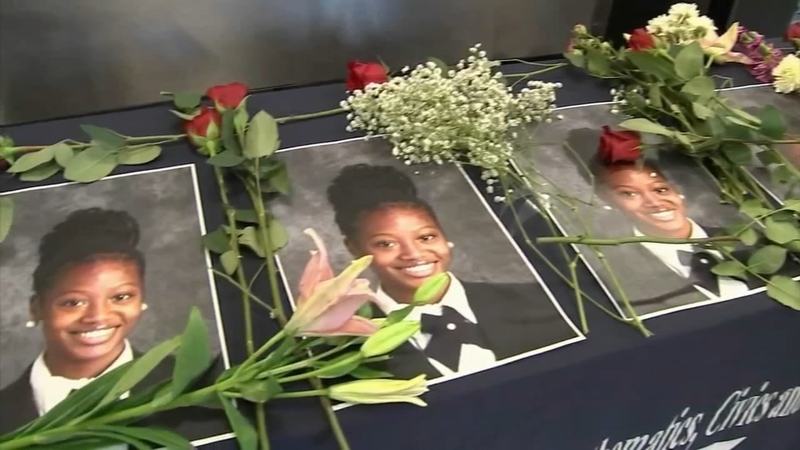 Authorities said Smalls was exiting the SEPTA bus at 22nd Street and Sedgley Avenue on November 30 when she was shot in the shoulder by Jamieson who was firing randomly at passengers.

Smalls was a student at Mathematics, Civics and Sciences Charter School.

Some of her classmates were in attendance, sharing memories of her.

"She was kind, smart, she didn't really mess with nobody, she kept to herself," said Ronald Baker.

This year, 108 people under the age of 18-years-old have been struck by gunfire in Philadelphia. Just this week in West Philadelphia, a 15-year-old girl and a 7-year-old boy were shot. Both survived, but many at Smalls' funeral said they can't take the gun violence anymore.

"It's heart-wrenching, it's truly heartbreaking to see so many people shot and killed," said Keith Hairston, a pastor at Christlike Pleasant Green Faith Baptist Church in North Philadelphia.

To help get guns off the streets, Philadelphia police were at gun givebacks in the city on Saturday.

"It will be destroyed and it will never be in somebody's hand," said Sergeant James Gilrain with the Philadelphia Police Department.

Three guns were returned at the Germantown location at Every Murder Is Real Healing Center. The woman who founded the center lost her 20-year-old son to gun violence.

"Three might not sound like a lot, but that could be three lives, that could be 30 lives," said Victoria Greene, the founder of EMIR Healing Center.