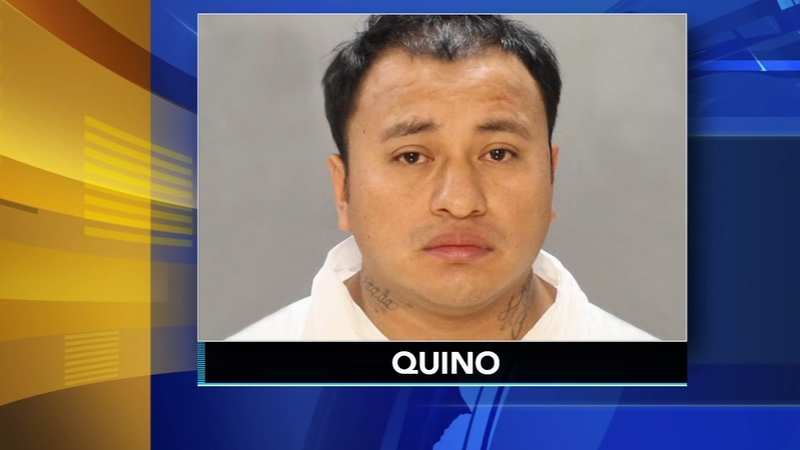 PHILADELPHIA (WPVI) -- Philadelphia police have identified the victim and suspect in the deadly Christmas morning stabbing in Olney that was witnessed in front of children.

The suspect has been identified as 33-year-old Josue Quino. He has been charged with Murder, Attempt to Commit Murder, Terroristic Threats, Aggravated Assault, Simple Assault, Corruption of Minors, Endangering Welfare of Children, Recklessly Endangering Another Person and Possessing Instruments of Crime.

Us-Perez was taken to Einstein Medical Center where she was pronounced dead.

A 14-year-old boy suffered a stab wound to his leg and is listed in stable condition.

Speaking to reporters early Wednesday, Philadelphia Police Chief Inspector Scott Small said authorities believe the suspect and the female victim are or at one time were husband and wife. Police also said the man had been heavily drinking.

They also said the 14-year-old is the son of the deceased woman. They say everyone lives in the home is believed to be related in some way.

"(They) said the 33-year-old male stabbed the 35-year-old female inside the property, chased her outside, and continued to stab her when she was outside," Philadelphia Police Chief Inspector Scott Small said.

All of the children were taken to police headquarters to be interviewed.