Parents: University of Pennsylvania student killing may have been hate crime 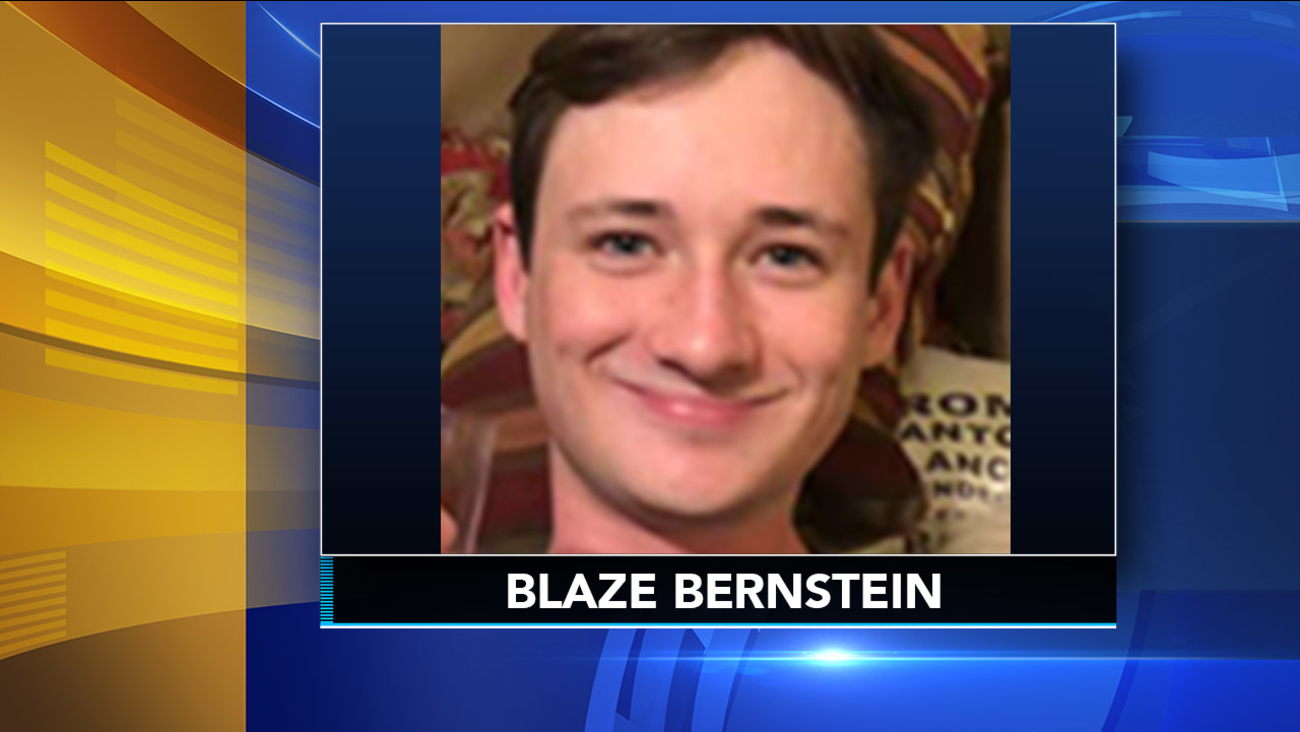 SANTA ANA, Calif. -- The parents of a 19-year-old University of Pennsylvania student killed and buried in a California park said Tuesday that the killing may have been a hate crime against their gay son.

The family statement came after a search warrant affidavit obtained by a newspaper revealed that Samuel Lincoln Woodward, 20, the high school friend arrested on suspicion of killing Blaze Bernstein, told investigators that Bernstein had kissed him and he had pushed him away before they went to the park.

A person is taken into custody for the murder of University of Pennsylvania student Blaze Bernstein in Orange County, California on January 12, 2018.

As he described the kiss, Woodward clenched his jaw and his fists, saying "he wanted to tell Blaze to get off of him," investigators wrote in the affidavit obtained by the Orange County Register.

"Our son was a beautiful gentle soul who we loved more than anything," Gideon Bernstein and Jeanne Pepper Bernstein. "We were proud of everything he did and who he was. He had nothing to hide. We are in solidarity with our son and the LGBTQ community."

The couple added, "If it is determined that this was a hate crime, we will cry not only for our son but for LGBTQ people everywhere that live in fear or who have been victims of hate crime."

Bernstein was then stabbed more than 20 times and buried in a shallow grave at the park, the Register and the Los Angeles Times reported.

"We are saddened to hear, on the day we laid our son to rest, that gruesome details of the cause of his death were published," Bernstein's parents said in their statement.

Carrie Braun, a spokeswoman for the Sheriff's Department, would not confirm to The Associated Press if Bernstein was stabbed but said, "the condition of the body at the time it was discovered turned it from a missing person to a homicide immediately."

Woodward was interviewed by authorities after Bernstein was reported missing by his parents on Jan. 3.

Woodward was arrested Friday on suspicion of homicide after DNA evidence linked him to the death of Bernstein, Orange County Undersheriff Don Barnes said. The two knew each other from high school, he said.

Bernstein may have been planning to sexually pursue Woodward, according to the 16-page affidavit.

Bernstein texted two female friends about a June interaction where he felt Woodward was romantically interested in him, according to the document. Bernstein wrote that Woodward was about to "hit on me" and "he made me promise not to tell anyone."

Bernstein was visiting his family in Lake Forest, 50 miles (80 kilometers) southeast of Los Angeles, during winter break. Woodward picked him up on Jan. 2 and drove with him to several places before they wound up at a park, authorities said.

A sheriff's investigator wrote in court filings that Woodward appeared nervous, had scratched hands and dirt under his fingernails, and avoided touching doors with his hands while leaving the sheriff's office building.

It was not immediately possible to reach Woodward in custody, where he listed his occupation as "Nerf games," according to the jail's website.

Authorities searched for Bernstein for nearly a week with assistance from drone pilots and found his body Jan. 9 after recent rains partially exposed it.