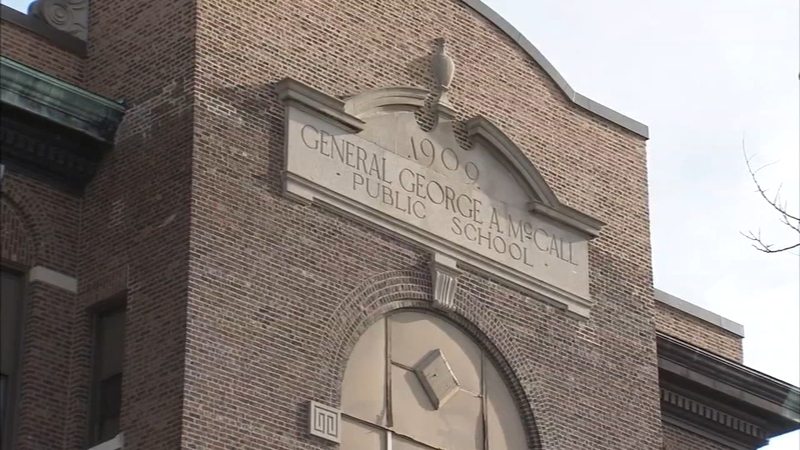 SOCIETY HILL (WPVI) -- A 13-year-old seventh-grade student has been arrested for allegedly having a stolen, loaded gun inside a school in the Society Hill section of Philadelphia.

It happened at the George McCall Elementary School in the 300 block of South 7th Street on Wednesday.

Authorities say a student informed the principal that another student, the 13-year-old, had showed him a gun around 10:45 a.m. Some parents were in the library for a meeting when the school went on lockdown.

"We heard on the loudspeaker that there was a lockdown. The librarian was in the room with us. She immediately went into action, told us exactly what to do and where to go, and we all stayed huddled together for about 30 minutes," said Marci Seder.

The incident was the talk among parents as they picked up their children at the end of the school day. They were clearly alarmed.

School administrators and parents were pleased with the way the situation was handled and, of course, that no one was harmed.

"Obviously, it is absolutely unacceptable for there to be a weapon, much less a gun, in any of our schools and we take these things very seriously," said school district spokesman Lee Whack.

"It was kind of scary when it was going on. But nothing happened everyone was safe and I thought the staff handled it very, very well," said Laura Sepe.

Action News has learned the student told authorities he found the gun, and his parents say they have no idea where the gun came from.

The school district declined to talk about what consequences the student now faces from a disciplinary standpoint or if he will be allowed to return to McCall.