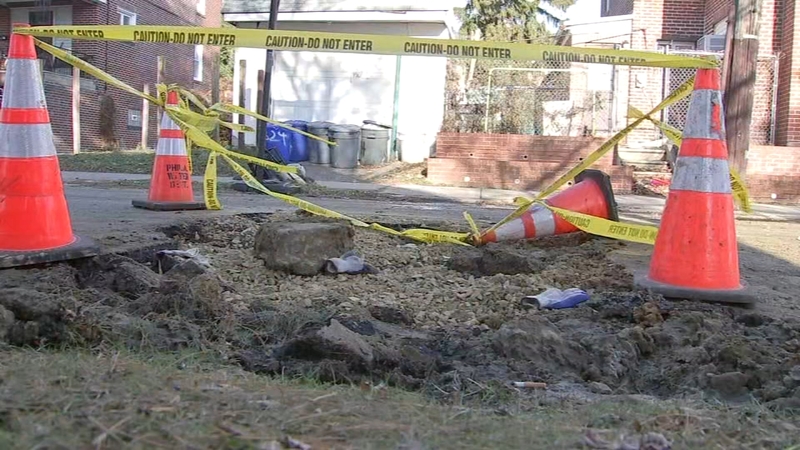 Philly responds to dozens of water main breaks in one day

The problem is affecting neighborhoods all over the city.

Pipes are freezing and bursting, and the thawing and freezing ground temperatures can make susceptible pipes more brittle.

"You get cold water coming in from the river. You get cold water in the mains and just all metal gets more brittle when you get down to these low temperatures. So when we have sustained cold over a number of days, you just get more main breaks," said Brian Radmaekers from the Philadelphia Water Department.

PWD had more than 30 reports of water main breaks Tuesday; crews were called to neighborhoods including West Mount Airy and West Philadelphia.

In Bustleton, an area was coned off at Grant Avenue and Trout Road, with cars avoiding the flowing water.

"We are on our winter schedule, which means we have extra crews deployed, and we are responding as fast as we can," Radmaekers said.

In Holmesburg, neighbors said crews came out to shut off water on Tuesday, and were expected back to make repairs on Wednesday morning.

They were filling up jugs of water and taking showers at relatives' homes until PWD comes back to make repairs.

"We have children- I have to go to my mom's house to take showers and come back here," said resident Tina Williams.

"I called and listened to a tape that was playing, said severe outages all over Philadelphia, and they're working their best to fix it," added a neighbor named Randy, who declined to give his last name.