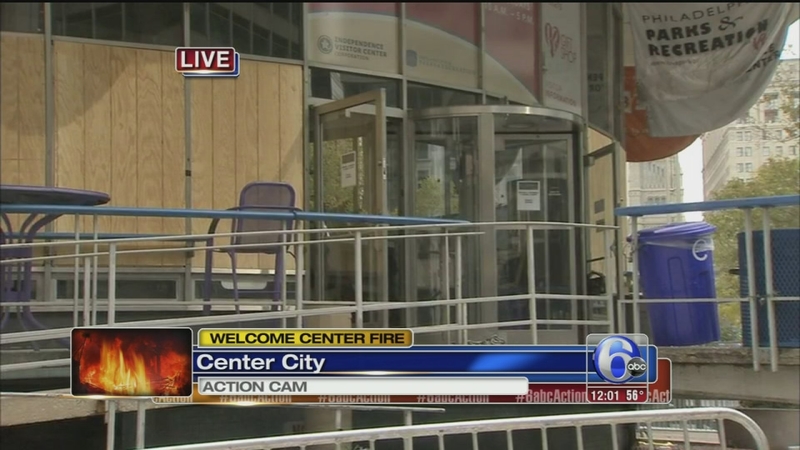 CENTER CITY (WPVI) -- Crews were sweeping up shattered glass Tuesday morning, cleaning up after a fire at the Fairmount Park Welcome Center at 16th Street and JFK Boulevard.

The iconic building was built in 1960 and is known as an example of mid-20th century modern architecture.

"It's a rather unusual architecture style in Center City," said Mark Focht of Philadelphia's Parks and Recreation Department, "but goes with the Penn Center office buildings that surround it. It's a unique, iconic building."

PHOTOS: Fire at the Welcome Center in Center City 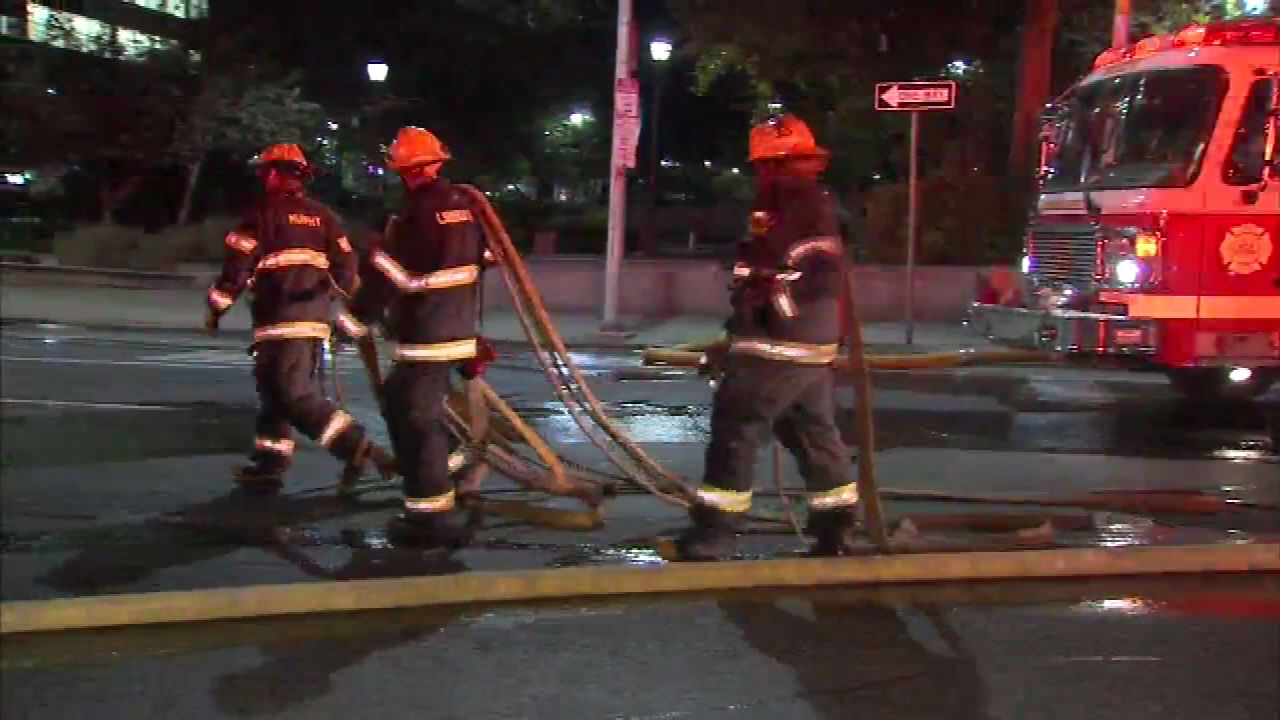 PHOTOS: Fire at Welcome Center in Center City
The Action Cam was at 16th and JFK Boulevard as firefighters battled a blaze at an iconic Philadelphia building.

Arthur Shinholster says he was in Love Park with his friends when the fire broke out just after 3 a.m. He called 911. The building's alarm and sprinkler system activated. Smoke was coming from the basement.

"It was a whole bunch of smoke coming out of it," Shinholster told Action News. "It was coming from underneath. No sooner I pulled over but Michael Nutter, Mayor Michael Nutter, pulled up. I was calling the fire department, and his crew was calling at the same time."

"We are coming up into our very busy season with the Holiday Village here in Love Park," said Focht. "So we will figure out over the next 24 hours how we will utilize building over next several months."

The welcome center was already set to be closed in April for extensive renovations.

James Cuorato, President and CEO of the Independence Visitor Center, says the welcome center is an important satellite location.

The hope is to get it back up and running as soon as possible.

"We have a big weekend coming up with the Temple-Notre Dame football game," said Cuorato. "We are anxious and hopeful to get it back and running by then."