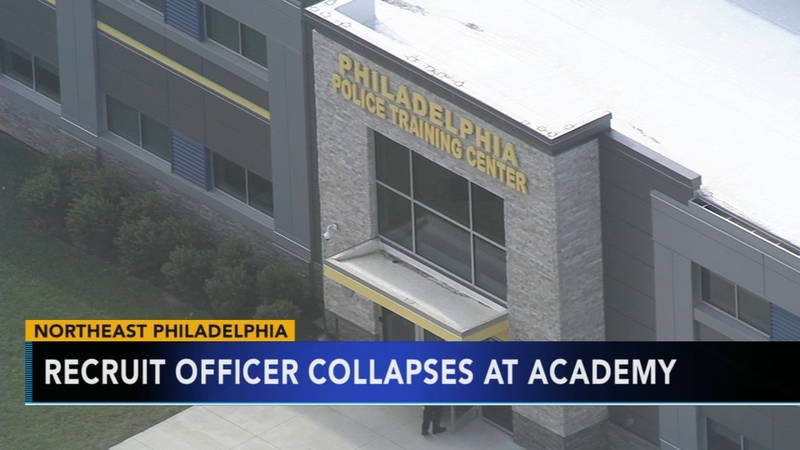 NORTHEAST PHILADELPHIA (WPVI) -- A recruit, training to be a Philadelphia police officer, is recovering after suffering a possible heart attack on Friday morning.

Commissioner Richard Ross says the recruit officer collapsed while stretching after a run at the police academy in Northeast Philadelphia.

When he stopped breathing and lost consciousness, other recruits stepped in, performing CPR and using a defibrillator.

"They had to shock him a couple times. Rescue then responded and they took over and they did a great job. But the rescue squad actually credited the academy staff with pretty much saving his life," said Ross.

The recruit, who is in his 40s, was rushed to Jefferson-Torresdale hospital, where he is listed in stable condition.

Officials say he had no prior medical issues. He's expected to make a full recovery.

The recruit is being treated at the same hospital as motorcycle Officer Andy Chan, who was struck while on-duty Thursday night.