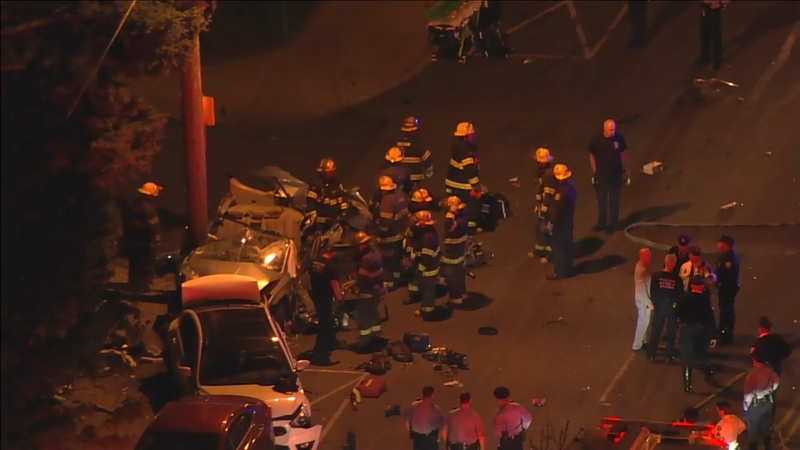 PHILADELPHIA (WPVI) -- A suspected DUI driver is being charged with murder and vehicular homicide in a crash that left a man and a woman's unborn child dead earlier this week in Philadelphia.

It happened around 10 p.m. Wednesday in the 4900 block of Whitaker Avenue.

According to Chief Inspector Scott Small, a 30-year-old man driving a Nissan SUV was killed after being struck by the driver of an Acura.

A suspected DUI driver is being questioned by police after a two-vehicle crash left a man dead and a pregnant woman injured on Wednesday night.

A 30-year-old woman, who was 5-months pregnant, was also inside the SUV. She was rushed to the hospital.

The woman remains in critical condition, but police confirmed to Action News on Sunday that her child did not survive.

Police say 42-year-old Charles Smith was driving the Acura with a female passenger when they allegedly hit the SUV, which then slammed into a utility pole and two parked vehicles.

Police say both Smith and his passenger appeared to be impaired at the scene. Both were not injured in the crash.