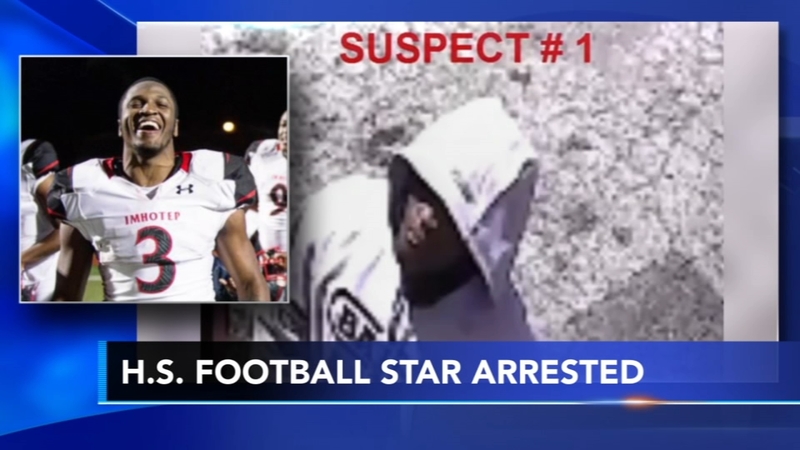 PHILADELPHIA (WPVI) -- A local high school football star has been arrested for allegedly committing a robbery at a Wawa store.

The incident happened in July, but it was two days ago when detectives spotted the car used in the armed robbery, and that led to the arrests.

There is an outpouring of support from fellow players on social media for the football star even as he faces felony charges.

Eighteen-year-old Isheem Young, a four star football recruit, verbally committed to Penn State University in July. And according to those close to him say he was expected to receive a full scholarship.

Saturday night he is facing charges in connection with a July armed robbery at a South Philadelphia Wawa on Columbus Boulevard.

Investigators believe the man seen in the surveillance video is Young.

He allegedly was armed with a black revolver and robbed the Wawa of more than $13,000.

According to court records, two co-defendants are listed in Young's case. Rafi Johnson, the alleged getaway driver, and Quasir Wingate, the assistant manager of the Wawa.

Police believe now this was an inside job.

There they found the sweatshirt worn by the subject in the surveillance video.

Friday night the Imhotep Charter School senior, a running back and defensive back, missed his school's state playoff game.

His coach responded when asked about his star player's situation.

"The streets are calling them sometimes. They got to decide if football is the way they want to go with this, and I think a lot of our guys get it and we rally behind, like next man up, you all get to play, let's keep going," he said.