Road rage incidents climbing as commuters return to the roads 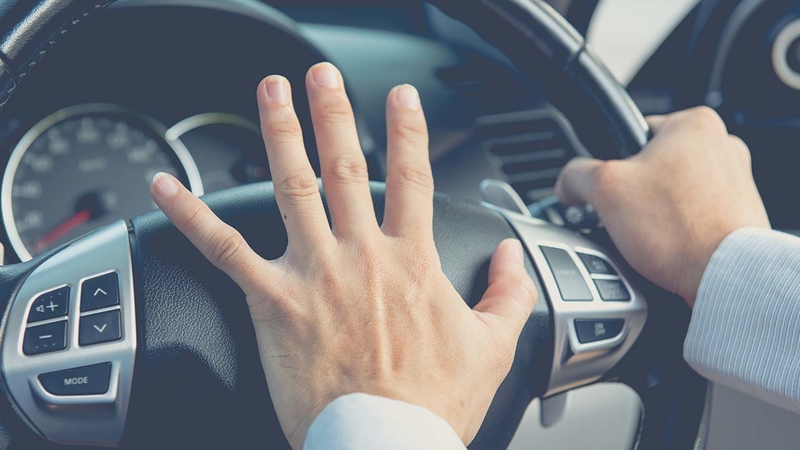 PHILADELPHIA (WPVI) -- With pandemic restrictions lifting, more commuters are back behind the wheel. As a result, there is an increase in the amount of road rage incidents across the country.

Jana Tidwell with AAA states that while they don't track road rage incidents, the AAA Foundation for Traffic Study found that nearly 80% of American drivers have expressed significant anger and aggression while driving.

"We see that 27% of drivers do engage in what we would call road rage behavior," said Tidwell.

Road rage incidents can include everything from cursing and obscene gestures to forcing a driver off the road.

Now, however, the use of guns during such crimes is on the rise. According to our 6abc data team, a person has been killed or injured in a road rage shooting on average every 16.5 hours in 2021.

A week after a Pennsylvania woman was gunned down in North Carolina while driving to the beach, the man suspected of pulling the trigger is behind bars.

Over the past year in our area, Pennsylvania has seen the highest number of road rage shootings with 14. Delaware follows with three shootings, and New Jersey had two shootings.

"It has been a difficult year and a half across the board in terms of frustration. People are returning to the roadways and bringing that pent up anger with them," said Tidwell.

RELATED: Mother of boy, 6, killed in California road rage shooting says 'It feels like my life is over'
EMBED More News Videos

The devastated mother of 6-year-old Aiden Leos is speaking out for the first time since her son was shot and killed in a road rage incident on the freeway in Orange.

"People have been sitting in their house because of COVID and just don't have patience. When I drive, I go slow," said Austin.

Rick Meier of Emmaus does not see a difference from previous years, but his wife Nancy does.

"That guy cut you off," Nancy reminded Rick. Rick responded, "Well that happens all the time anyway."

Lavaughn Fauntleroy of West Philadelphia said he keeps to himself even if provoked, and just brushes it off.