AP
By JIM MUSTIAN
NEW YORK -- The wave of pipe bombs addressed to prominent Democrats has raised fresh questions about the ability of the U.S. Postal Service and private delivery companies to intercept explosives and other dangerous items.

Biohazard detection, X-rays and other technologies have had some notable successes in recent years, but officials warn that the sheer volume of mail makes it impossible to catch everything.

"The public should not have the impression that all of our mail is screened like going through security at the airport," said David Chipman, a retired agent with the Bureau of Alcohol, Tobacco, Firearms and Explosives. "That's not the case, and we know that from a string of cases."

None of the devices so far in this week's scare have detonated. Investigators are still trying to piece together where the packages came from and how they reached their respective destinations.

While two packages addressed to former Vice President Joe Biden were intercepted at postal facilities in Delaware on Thursday, a pipe bomb addressed to former Attorney General Eric Holder made it so far into the mail stream that it was returned to its purported sender: the Florida office of Rep. Debbie Wasserman Schultz, whose name was on the return address.

Another crude bomb addressed to former CIA Director John Brennan at CNN went through the U.S. mail before a courier took it to the Time Warner Building, where the cable network has its New York offices, according to a law enforcement official who was not authorized to discuss the investigation and spoke on condition of anonymity.

"Most if not all of these packages were sent through the U.S. mail," the official said.

Those deliveries occurred even though the packages had certain suspicious characteristics, including excessive postage, homemade labels and high-profile addresses, security experts said. The parcels also contained a number of misspellings.

"These devices are the poster children of what a suspicious package looks like," said Fred Burton, a former counterterrorism agent with the State Department who serves as chief security officer for Stratfor, a global private intelligence company.

The U.S. Postal Inspection Service, which investigates mail-related crimes, said in an email that in screening the mail, the agency relies on a "targeted strategy of specialized technology, screening protocols and employee training," as well as "state-of-the-art equipment to include portable X-ray machines."

The agency pointed to it Dangerous Mail Investigations division, a program created following the 2001 anthrax-by-mail attacks that killed five people and infected several others. The program was part of a costly security overhaul in which the Postal Service added a Biohazard Detection System at its mail-processing centers.

The Inspection Service says on its website that it has investigated "an average of 16 mail bombs over the last few years" while processing more than 170 billion pieces of mail. "That means during the last few years, the chances that a piece of mail actually contains a bomb average far less than one in 10 billion!"

The Postal Service does not have the resources to X-ray every parcel and typically reserves that technology for packages postal inspectors deem suspicious.

While the Postal Service intercepted some of the packages in this week's scare, the developments underscored the limitations of the screening technology in use, said Phil Nater, a former longtime postal inspector in New York.

"There's a lot of human activity involved before mail actually goes through a screening device or system," Nater said. "It's gotten a lot better, but it's not impossible to bypass."

The high cost of screening every parcel also limits the security measures taken by private couriers. A UPS spokesman said the company "has security measures in place, but we do not disclose those methods to maintain their effectiveness." A FedEx spokesman declined to comment.

The Postal Service has successfully intercepted a number of suspicious letters and packages in recent years.

Earlier this month, a Navy veteran in Utah was arrested in connection with several envelopes sent to President Donald Trump and top military chiefs. Authorities said at least two of the envelopes contained castor seeds, the substance from which the poison ricin is derived.

In 2013, a postal inspector in Arizona flagged a suspicious package addressed to then-Sheriff Joe Arpaio, the controversial lawman in Phoenix. Authorities said a possible smokeless powder was leaking from the parcel. A bomb squad later X-rayed the package and discovered gunpowder and other components of an explosive device. The sender was later convicted.

But John Rooney, a retired postal inspector in Philadelphia, said the system's limitations are highlighted by the massive amount of narcotics that goes through the mail every year.

"People don't understand the sheer magnitude of mail the Postal Service handles," he said. "When it comes to drugs, it's impossible. You can't stop it."
Send a News Tip to Action News
Learn More About 6abc Apps
Report a correction or typo
Related topics:
pipe bombu.s. & worldpost officesuspicious packagepostal service
Copyright © 2020 by The Associated Press. All Rights Reserved.
POSTAL SERVICE 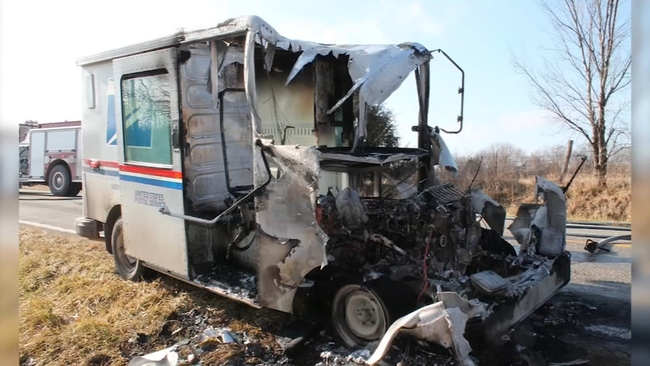 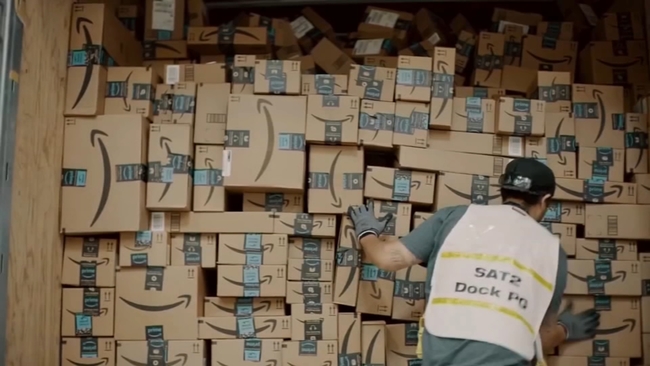 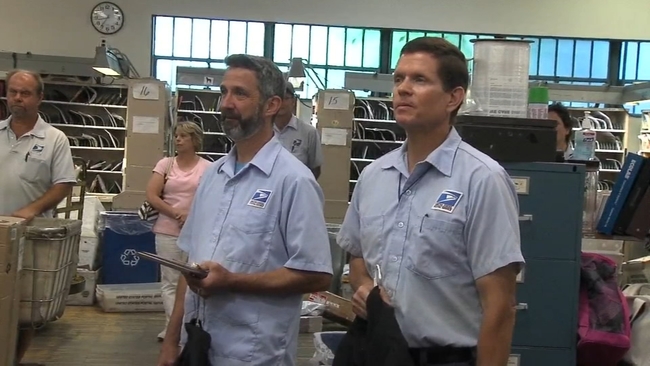