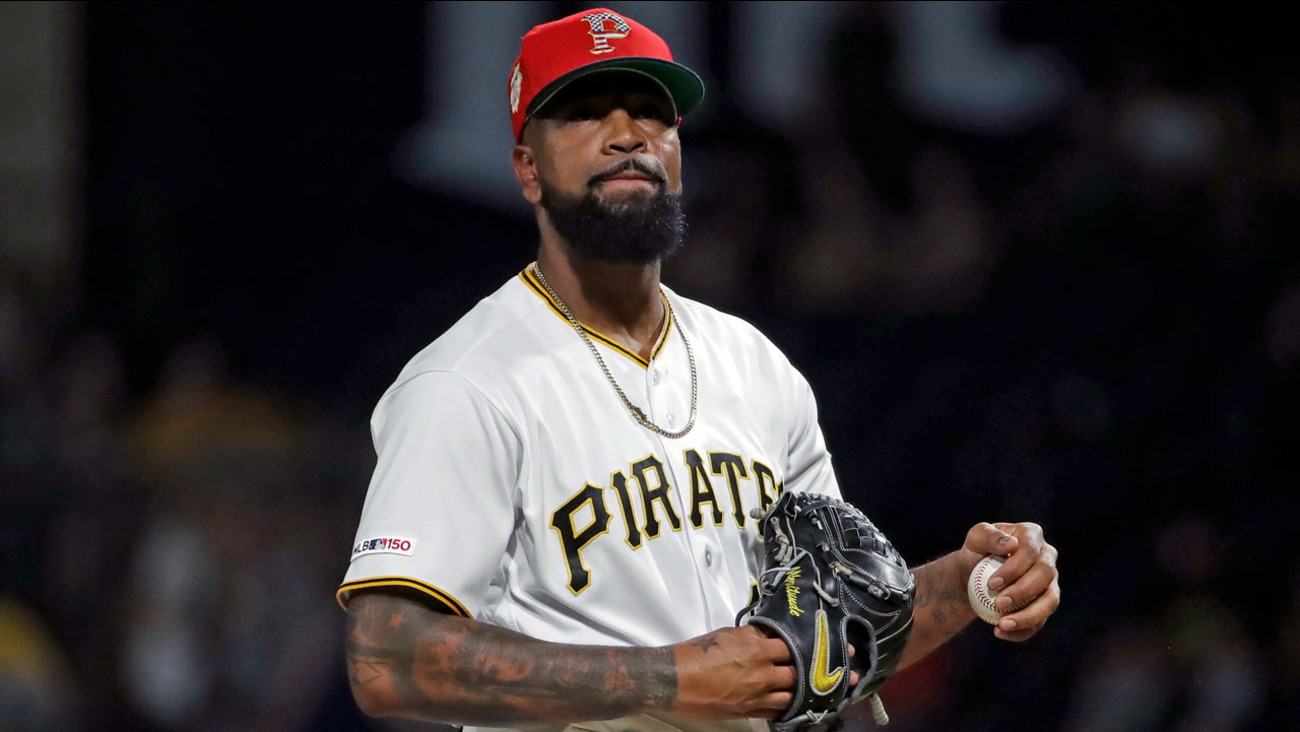 Pittsburgh Pirates pitcher Felipe Vazquez was arrested Tuesday in Pittsburgh on one count of computer pornography -- solicitation of a child.

In addition, Vazquez, 28, faces another charge for providing obscene material to minors.

Vazquez, who has 28 saves this season for the Pirates, has been put on administrative leave by Major League Baseball, sources told ESPN's Jeff Passan.

The arrest was made by the Florida Department of Law Enforcement with assistance from the Pennsylvania State Police. Several electronic devices were seized by police and will be examined as part of the investigation with more charges possible for Vazquez.

The felony warrant was issued in Lee County, Florida. Vazquez, who is in the Allegheny County Jail in Pittsburgh, faces extradition to Lee County.

According to the statement, the FDLE began its investigation into Vazquez in August after obtaining information that the pitcher reportedly had a sexual relationship with a 13-year-old girl in Lee County. The victim, now 15, allegedly was continuing to have a relationship with Vazquez via text message and received a video from him in July in which he is shown performing a sex act, according to the police statement.