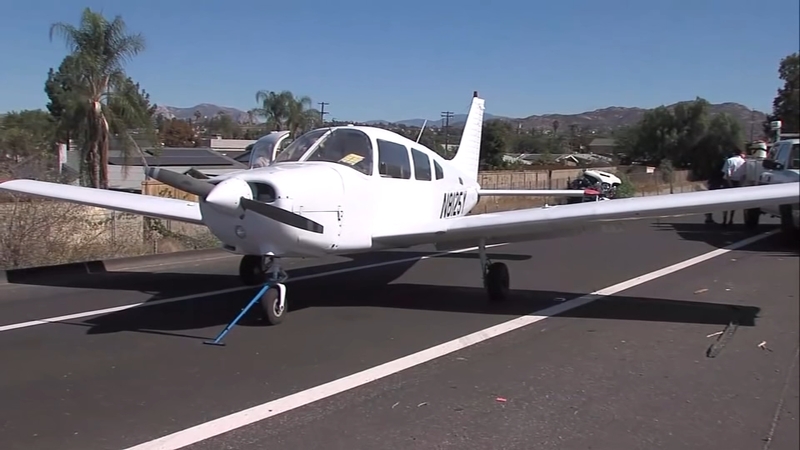 EL CAJON, Calif. -- A small plane with a student pilot on board made an emergency landing in the middle of traffic on a Southern California freeway.

The California Highway Patrol says the plane landed safely in the westbound lanes of Interstate 8 in El Cajon on Friday morning after reporting engine trouble.

Authorities say the single-engine Piper was carrying a 25-year-old pilot and a 36-year-old student.

The CHP says the instructor landed the plane. Video taken by a motorist on the freeway shows the plane gliding down between cars and rolling along two lanes.

The pilot and student pushed the plane to the freeway shoulder to avoid blocking traffic.