Firefighters responded to a hazmat situation in Center City Philadelphia, where a massive amount of foam covered an entire city block after it leaked from a PECO substation.

CENTER CITY (WPVI) -- Firefighters responded to a hazmat situation in Center City Philadelphia, where a massive amount of foam covered an entire city block after it leaked from a PECO substation.

Several calls were made to police after 1 p.m. Saturday, reporting explosions inside a building around the 400 block of South Juniper Street.

Crews arrived to the find the fire suppression system had released a large amount of foam. 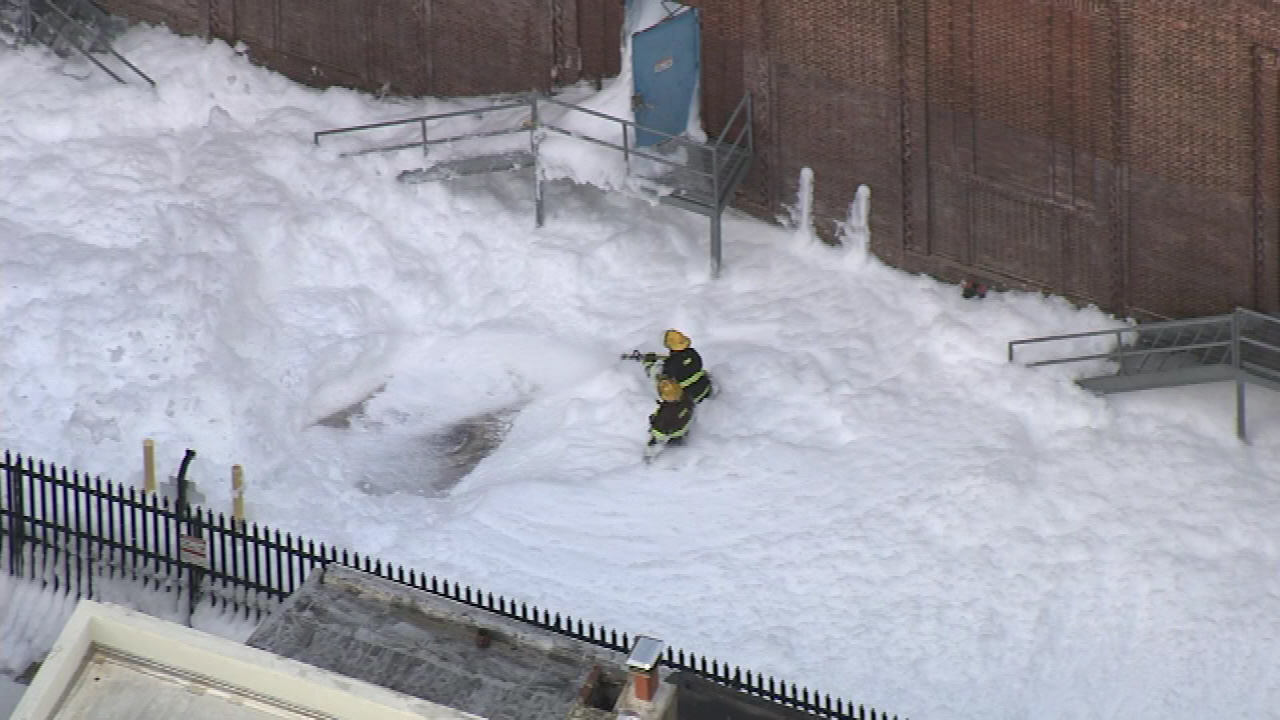 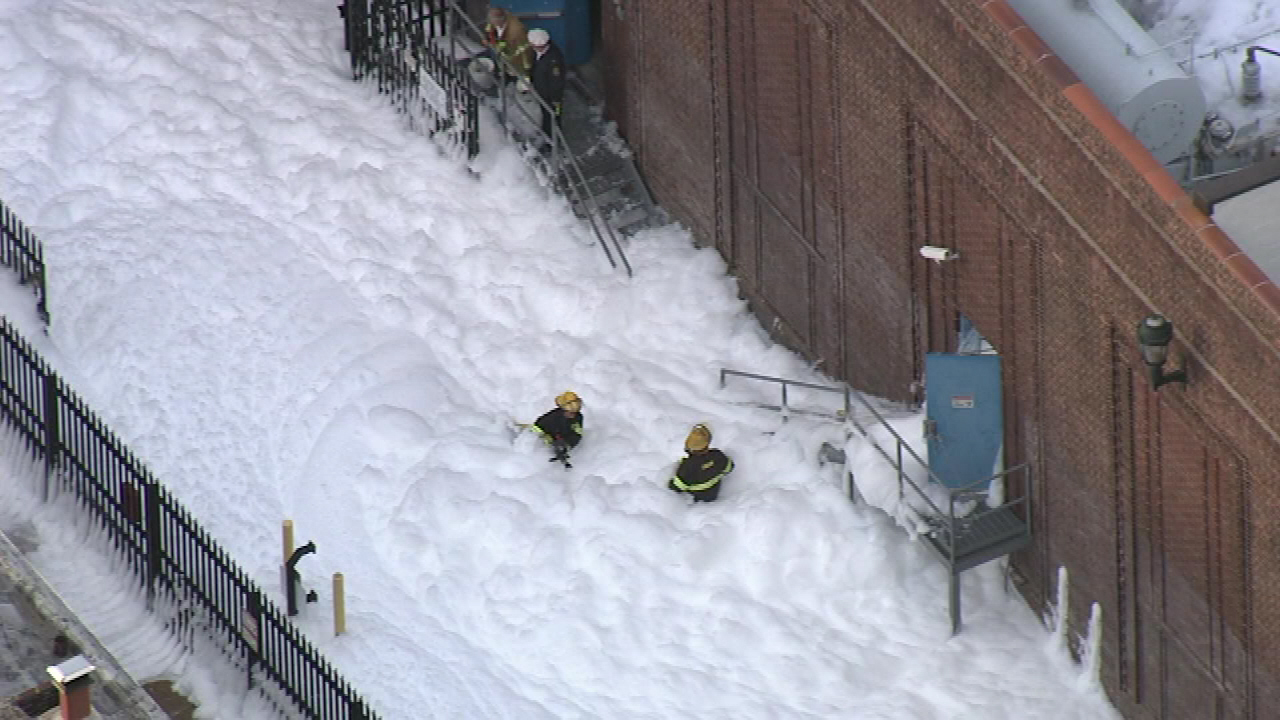 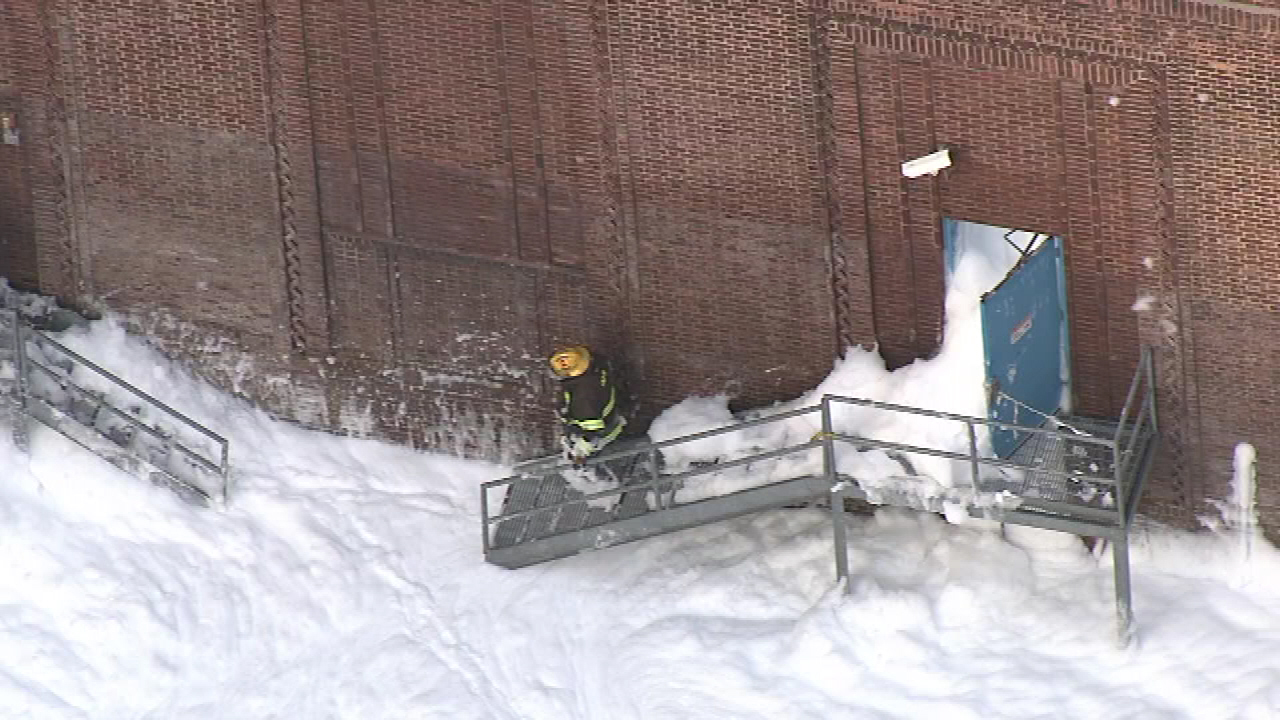 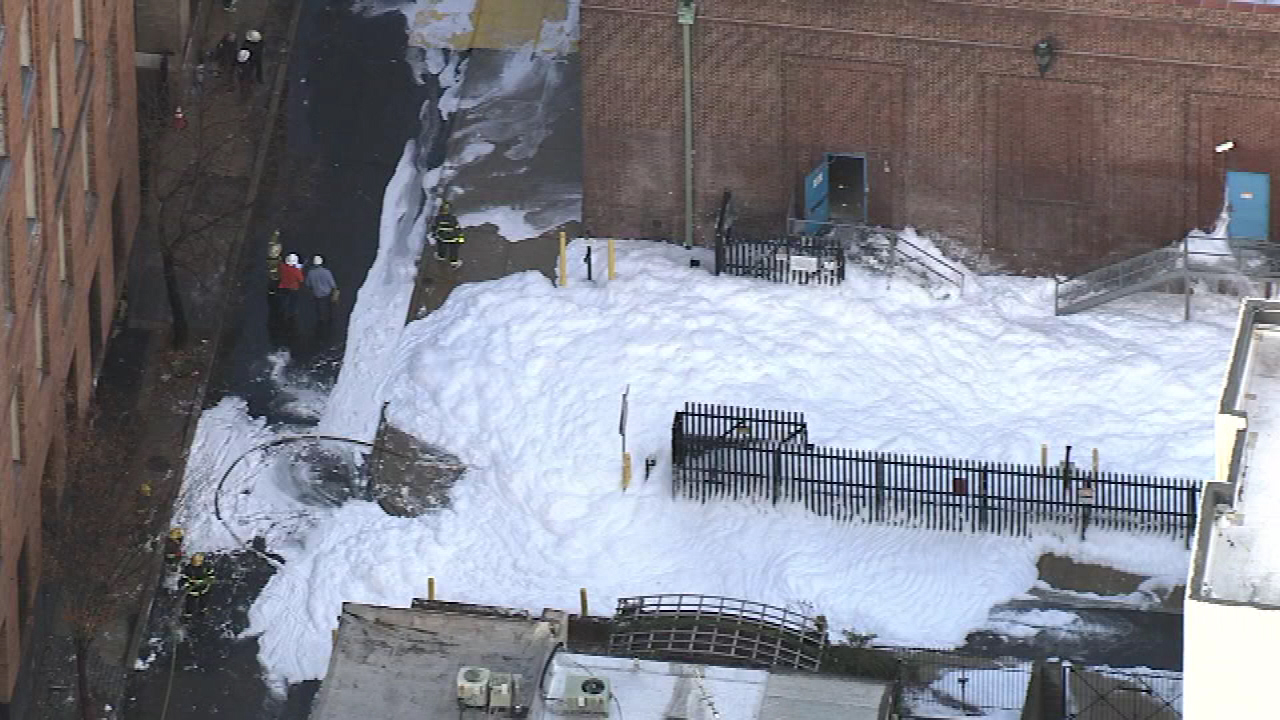 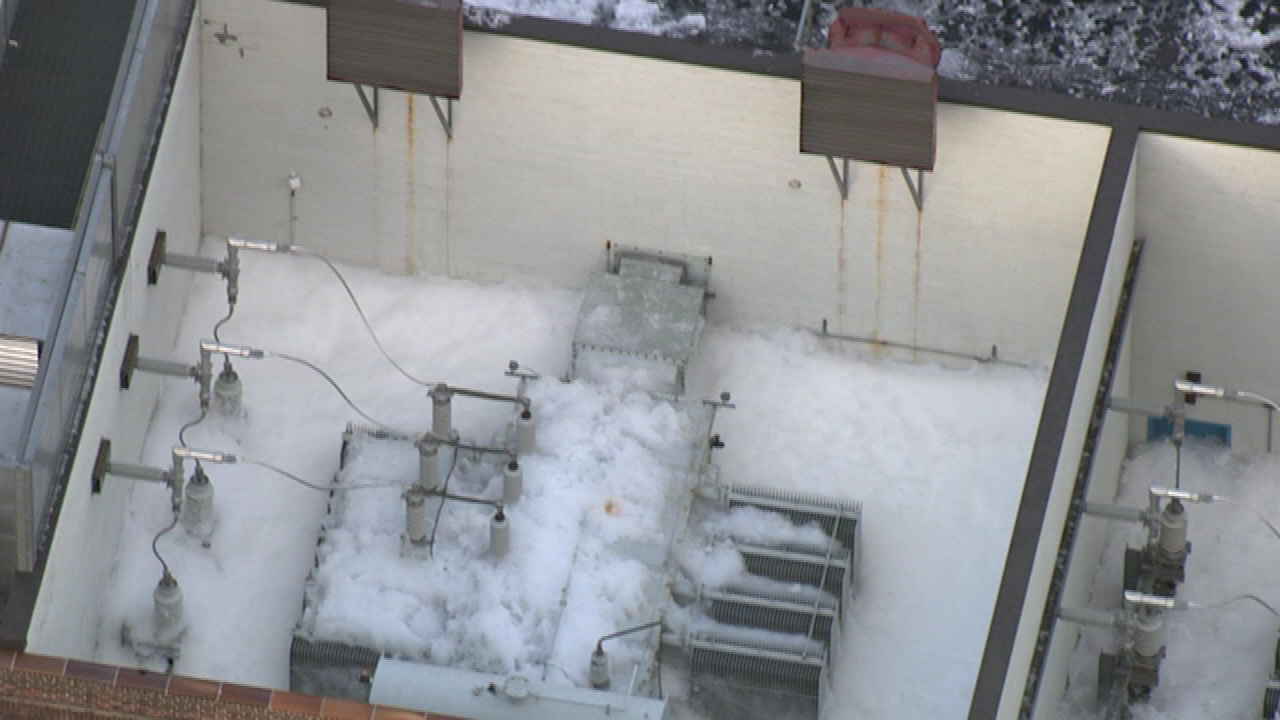 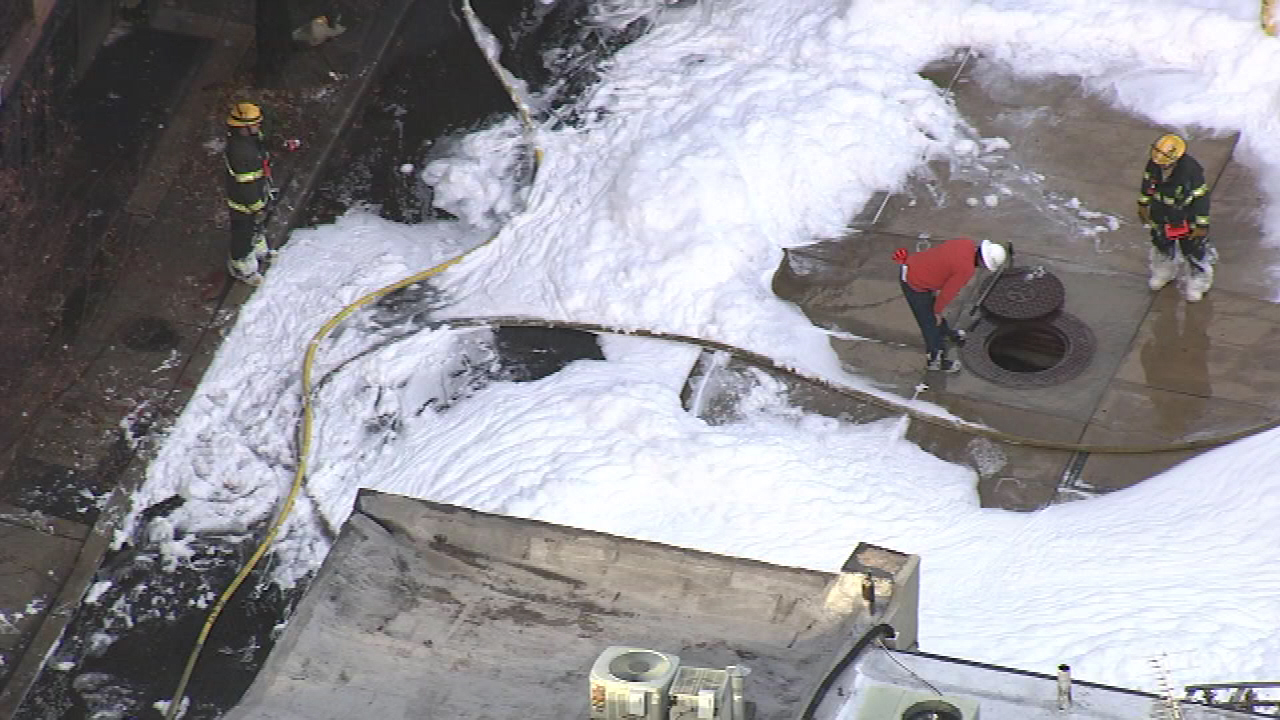 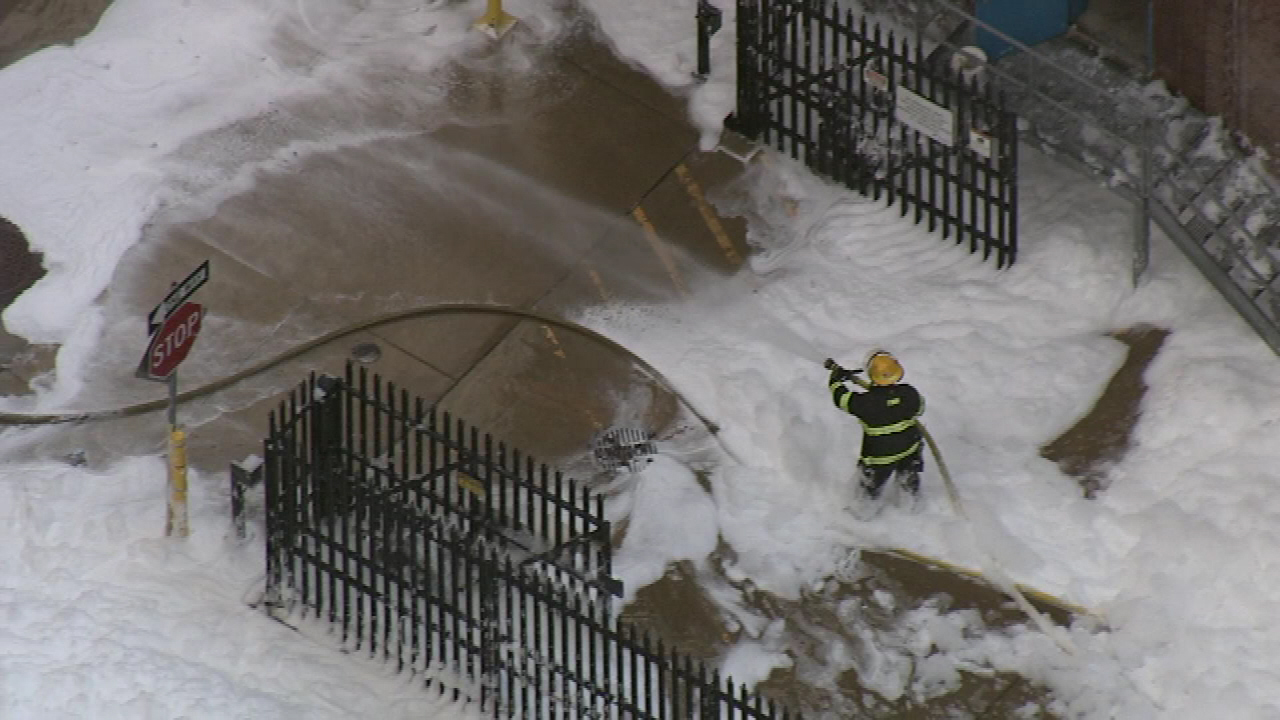 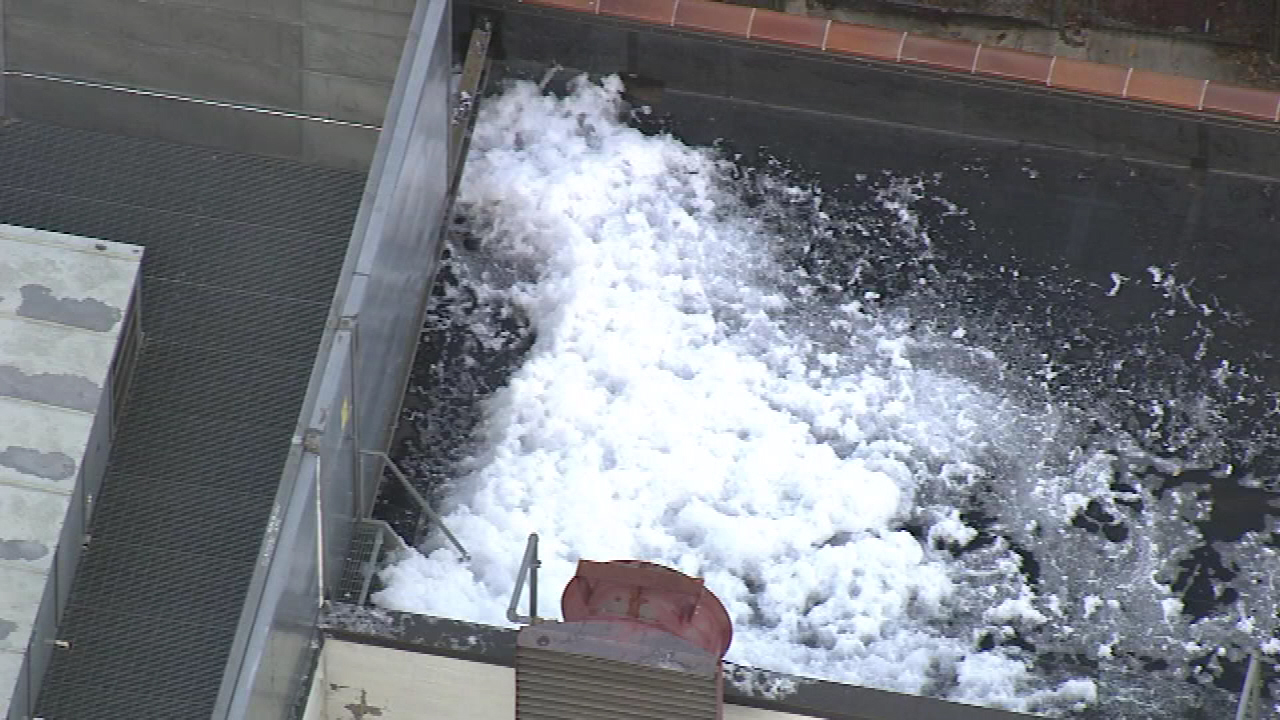 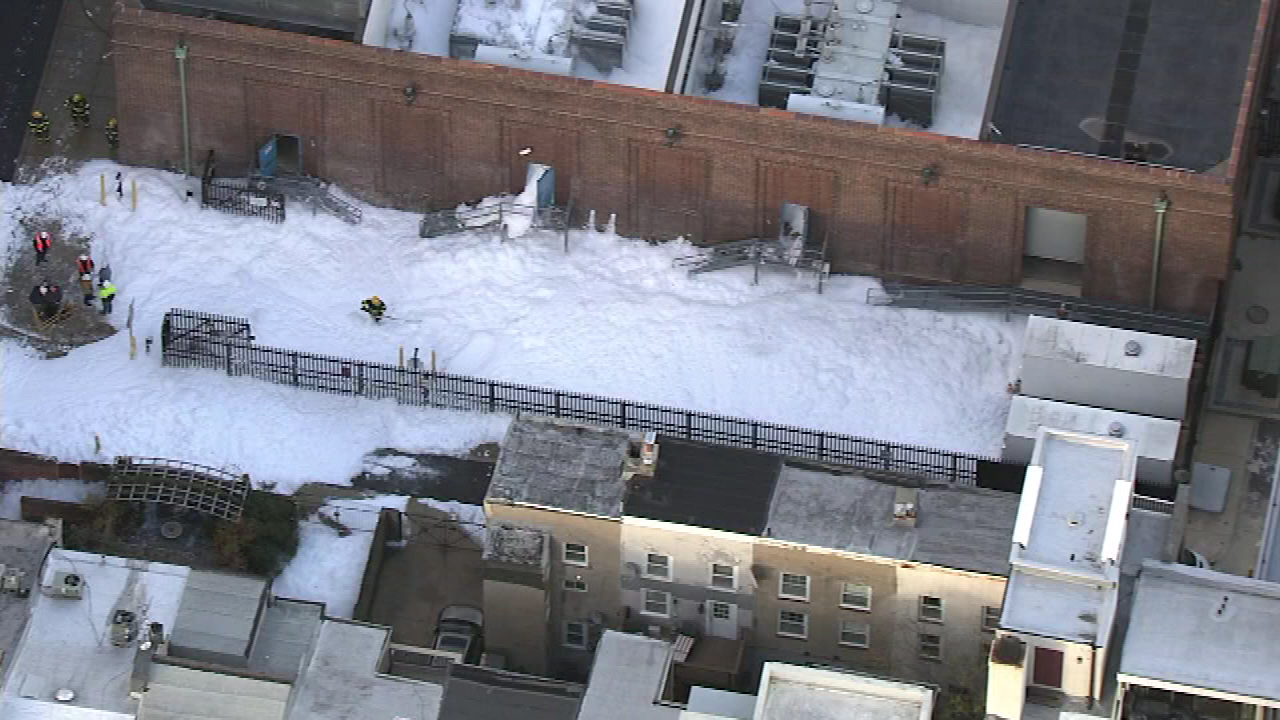 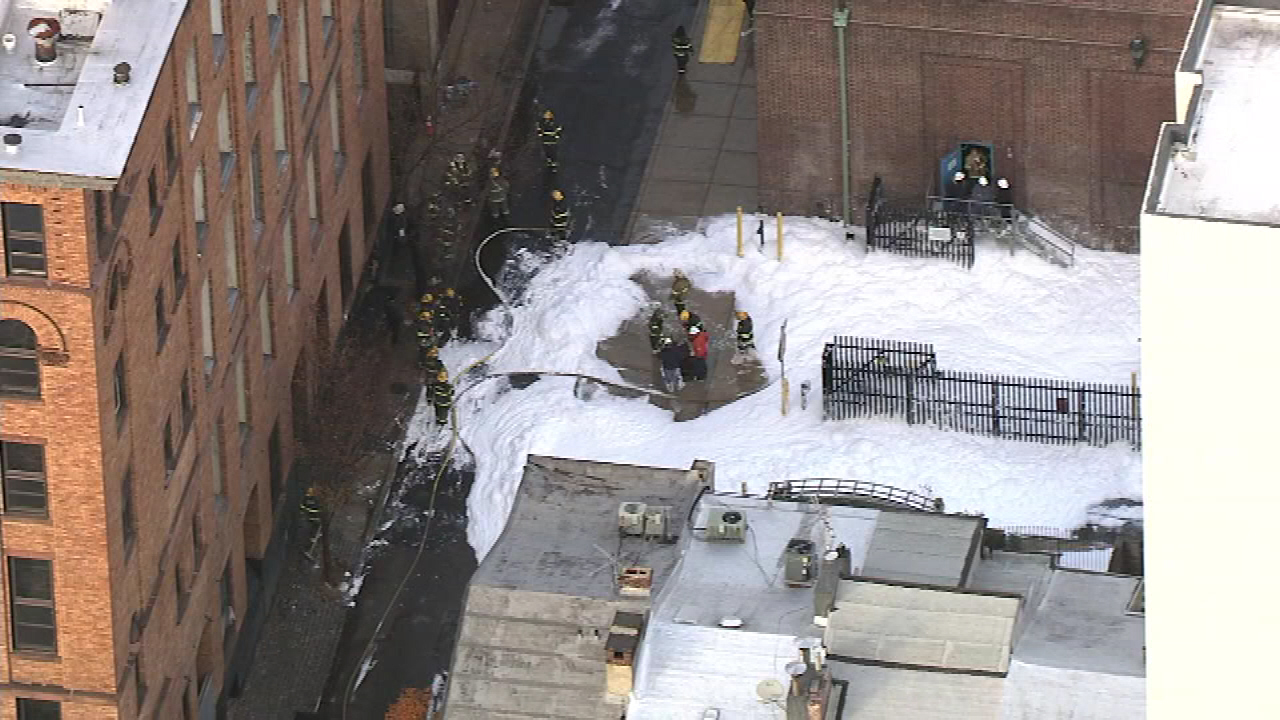 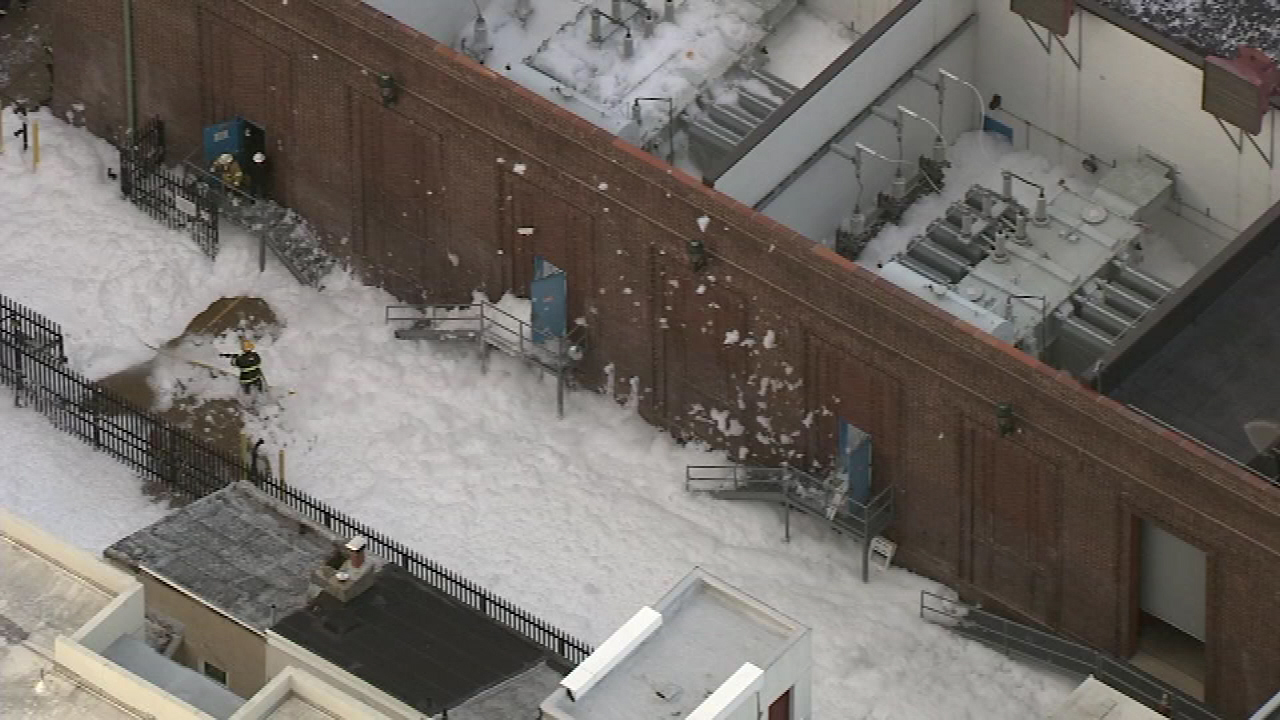 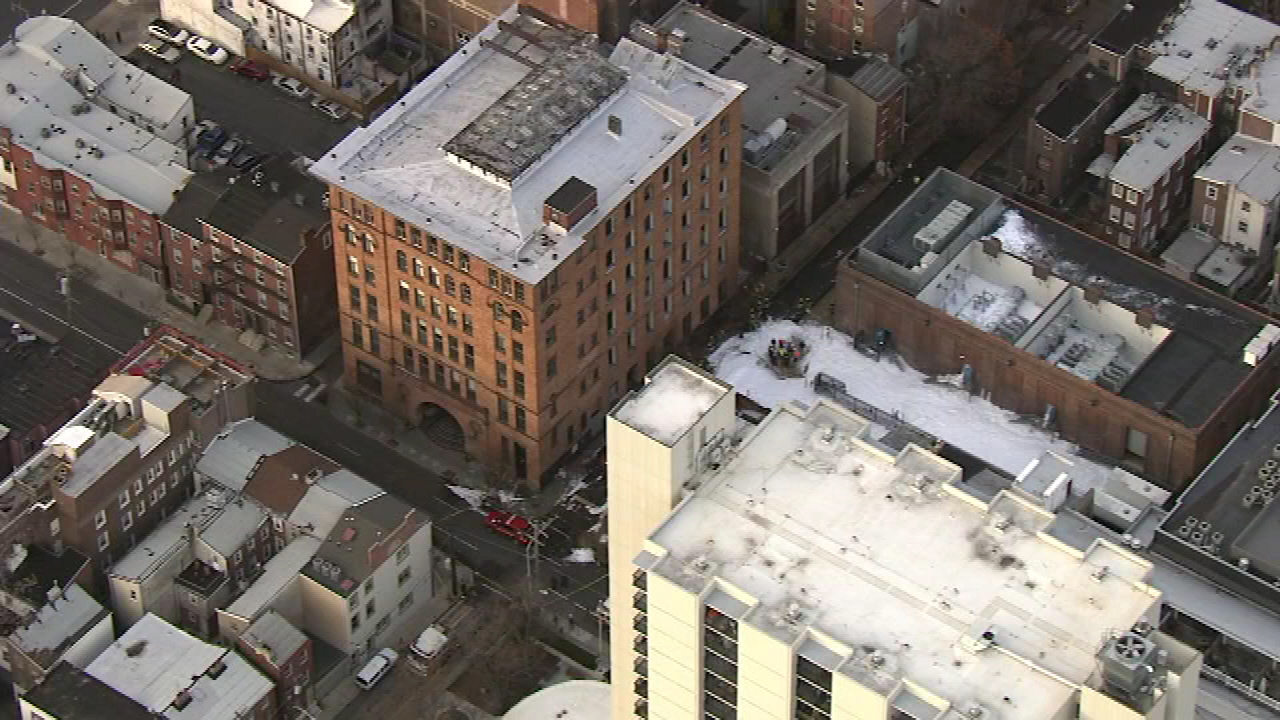 1 of 12
Pictured: Chopper 6 over a foam spill and hazmat situation in Center City.

They say there was a problem at the substation, which caused a power outage, and then the foam began appearing.

"There was a fire alarm going on and I didn't really think anything of it, and then I was just chillin' in my bed and I heard this huge explosion," said Mark Deluca, witness.

"Then all of a sudden what looked like giant soap bubbles started floating down in front of our house," said Karen Saillant, witness.

While a neighbor watched the foam flurry, he captured the explosion on his phone.

At this time, fire officials say they're still investigating exactly what happened inside the substation.

We're told the foam system inside triggers to prevent any fire from spreading, and it fills up the entire building immediately.

That's why when crews first opened the doors it came gushing out, 6-7 feet high in some places.

"It was a little bit scary because there were a lot of them and there was a lot of wind," said Saillant.

The good news is there are no reports of any injuries to residents or firefighters - just a lot of foam.

"There were just like two holes in the side of the building, and it just kept spewing out," said Deluca.

PECO officials say 2,700 customers temporarily lost power. It has since been fully restored.

As a result of the power outage, there were several elevator rescues in the area.

Once under control, the piles and piles of flame-retardant foam was hosed down, and shoveled into storm drains.

Officials tell us it is not toxic or environmentally harmful.