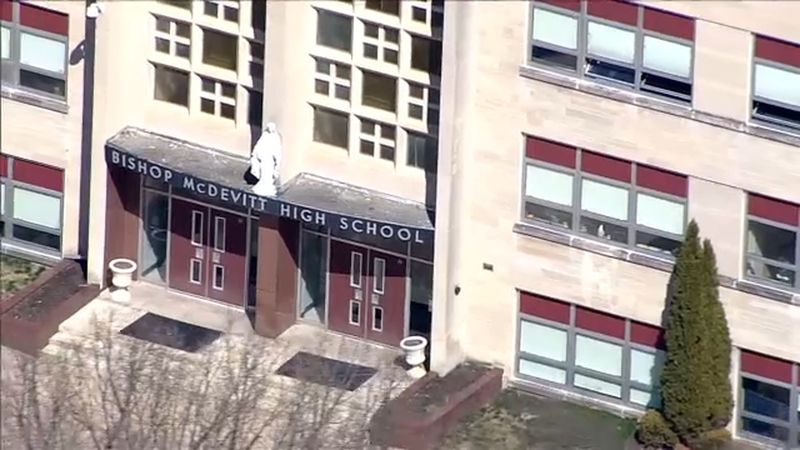 WYNCOTE, Pa. (WPVI) -- A Bishop McDevitt student has been arrested after police say he brought an unloaded firearm to school Tuesday.

Cheltenham police said officers were called to the school around 8:15 a.m.

School officials told police an 11th grade student who had arrived late to school smelling of marijuana was found to have a 9 mm handgun in his possession.

Police said there were no threats made against anyone at the school and no students or staff were injured.

Officials said further investigation showed that the firearm was stolen.

The 17-year-old Philadelphia resident was arrested and charged with possession of a gun on school property, possession of a firearm by minor, firearms not to be carried without a license, theft and receiving stolen property.