All of the videos, two-plus hours in total, can be seen below in their entirety.

The videos start when Glassboro officers respond to the report of a robbery at a mobile phone store on October 1.

A man runs to tell the officers he saw someone point a gun at a black Dodge Charger, get in the vehicle, and take off. 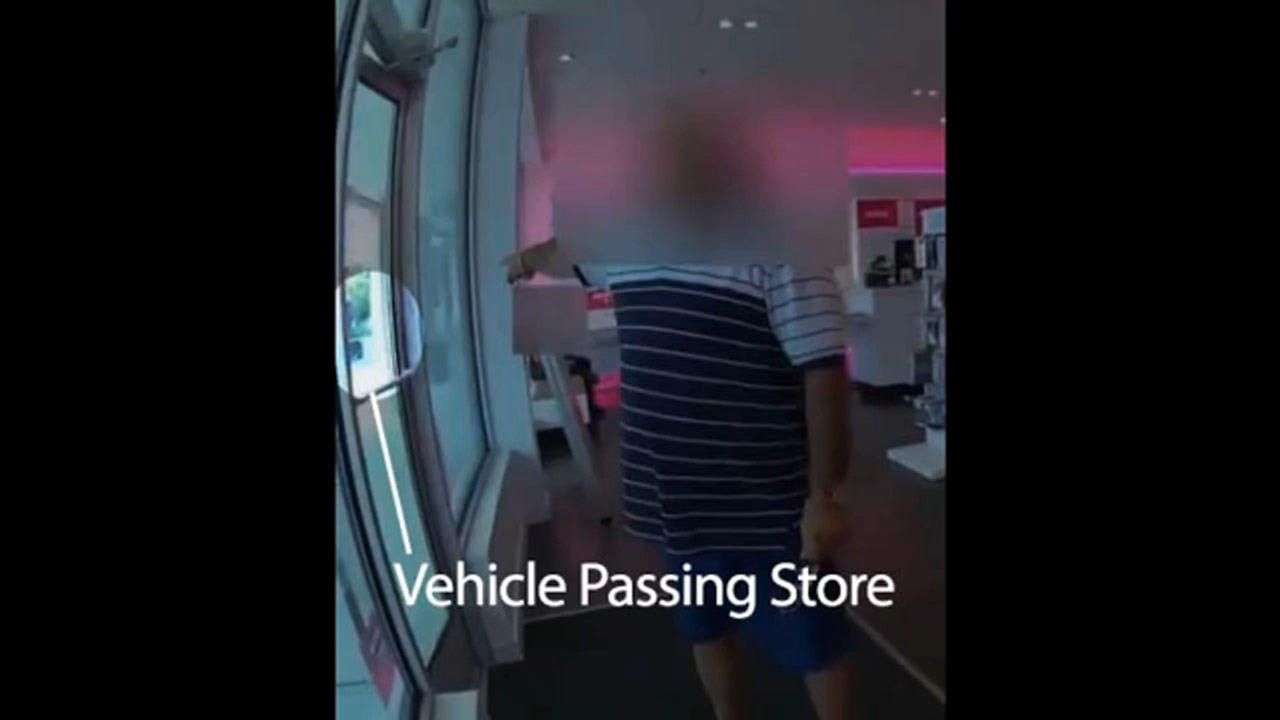 The bodycam video shows officers pull over the vehicle and draw their guns as they stay by their patrol car.

"Put your hands out the window! Do it now!" an officer can be heard shouting.

Rowan students Altaif Hassan and Giavanna Roberson were in the car, having just picked up his eyeglasses at the store.

An officer shouts, "Driver, step out of the vehicle facing away from the sound of my voice. With your hands in the air- do it now!"

The video shows Hassan being placed into handcuffs.

An officer responds, "You're being detained right now."

The officer says, "You're being detained right now."

Hassan says, "For what? What happened?"

The officer says, "Stand up."

He walks Hassan backwards to the patrol car as the Rowan student continues to ask what's happening.

"I swear to God, you all better have a valid reason for this [expletive]," Hassan says.

"Or what?" the officer says.

"Or what?" Hassan says. "You've all got all these cop cars on us. What the [expletive] happened?"

Another officer then answers, "He's going to tell you in a second. Just listen to what he tells you."

Hassan is then placed in the patrol car.

Police say the footage released shows the entire incident from start to finish. They made the videos available for the sake of transparency, police say.

The students were pulled over in a university parking lot, handcuffed, and placed in the back of patrol vehicles.

Prior to Roberson being placed in the vehicle, an officer asks her, "You have anything on you?"

The officer says, "Just the phone?"

As the officer searches the pockets of her sweatshirt, Roberson says, "I have my phone. And a lip gloss."

Now, handcuffed and placed in the back of the patrol car, Hassan yells at the officers.

"Why are you yelling at us? I'm right here," the officer says.

"Because you got me in handcuffs! You all just had guns out on me. Go check my vehicle!" Hassan says.

Hassan's brother, also a Rowan student, shows up at the scene, vouching for his brother and urging him to stay calm. He appeals to police to let them go.

An officer speaks to Hassan's brother, "I'm not questioning the fact that he's upset. But you have to understand from our point of view, as well. So somebody said somebody had a gun, we aren't just going to walk up on a car."

Hassan's brother responds, "I understand that. But the way some of your officers were acting were just ridiculous."

The officer says, "It's not ridiculous because we have a family to go home to."

Sitting in the backseat still handcuffed, Hassan continues to speak.

"He ain't making it to class because we thought he had a gun. He didn't have a gun. We got a black student on campus," Hassan says.

No gun was found and the students were released.

The police chief says the officers followed protocol. The students say they feared for their lives and hope this forces police to reassess how to handle similar situations.

In light of the incident, the borough and the Rowan University say they are forming a committee to build a bridge between authorities and the school. The committee will include Rowan students.

The Glassboro Police Department released the videos in four separate Facebook posts. 6abc Action News has kept the videos in the same order as they were posted. Each video was posted along with this message from Glassboro police:

Glassboro Police Department is making available to the public the following thirteen (13) Body Worn Camera Videos and two (2) still screen shots showing the described vehicle and actions taken during the incident as it occurred on October 1st, 2018. Some portions of the videos have been redacted.
(Personal/Privacy redactions for these were all personal information or images, un-involved bystanders, the home location of the original witness who reported a gun, interior shots of the student's car, and information from other cases that can be overheard on the radio. The Security redactions were all either the LEO computer screen in the police vehicles, images in non-public areas in the police department, and the home location of the original witness).

Subsequently the vehicle stopped was occupied by two Rowan University students. The videos, which will be posted to the Glassboro Police Facebook page, provide footage from the entire incident, from start to finish. The videos are being offered in the spirit of complete transparency and to demonstrate the Police Department's compliance with appropriate protocols and training for dealing with this type of incident.
In addition, Borough and Rowan Officials will form a committee that will meet on a regular basis to communicate and dialog to form a bridge to move forward. This committee will include Rowan, Borough and SGA officials.
Content Warning: These videos may contain language which may be considered to be vulgar,
offensive or inappropriate for minors. Viewer discretion is advised.
Thank you.
Franklin S. Brown, Jr.
Chief of Police
Glassboro Police Department
1 South Main Street
Glassboro, New Jersey 08028
856.881.1501 (x88181)

Disclaimer: The videos contain language some may find vulgar or explicit. 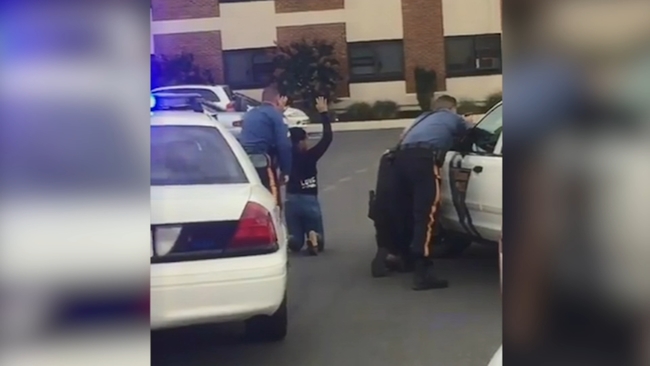 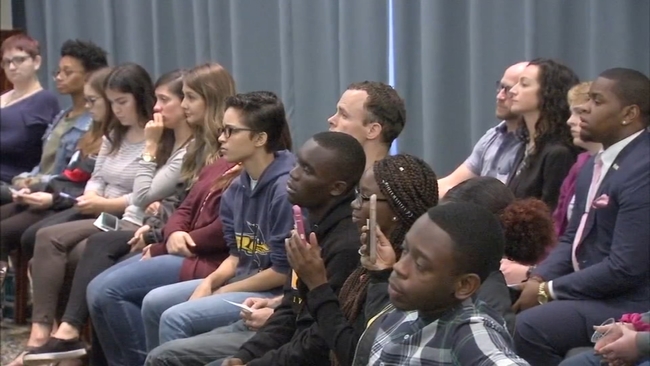