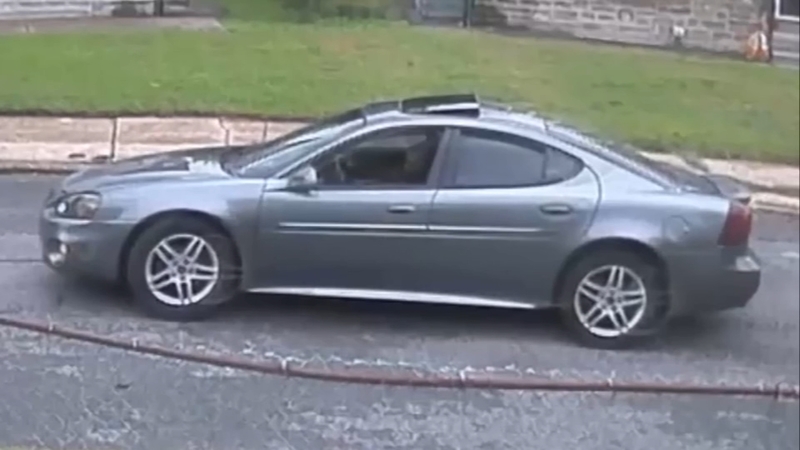 FOX CHASE (WPVI) -- Two suspects are being sought following a road rage incident that led to gunfire in the Fox Chase section of Philadelphia.

It happened shortly after noon Wednesday in the 1700 block of Tustin Street.

According to police, two black males in a Pontiac cut off another vehicle with a couple inside.

Words were exchanged between the drivers, police say. The passenger of the Pontiac got out and spit on the other driver, then left.

But then, about a quarter mile away, the couple encountered that Pontiac again.

"They saw the car again and this time the driver was waving a gun. They stopped in fear, and the driver then fired a shot directly at them," said Lt. Denis Rosenbaum.

The suspect vehicle is described as a gray, four-door, 2004-2008 Pontiac Grand Prix with tinted windows, a moonroof, and five-spoke wheels.