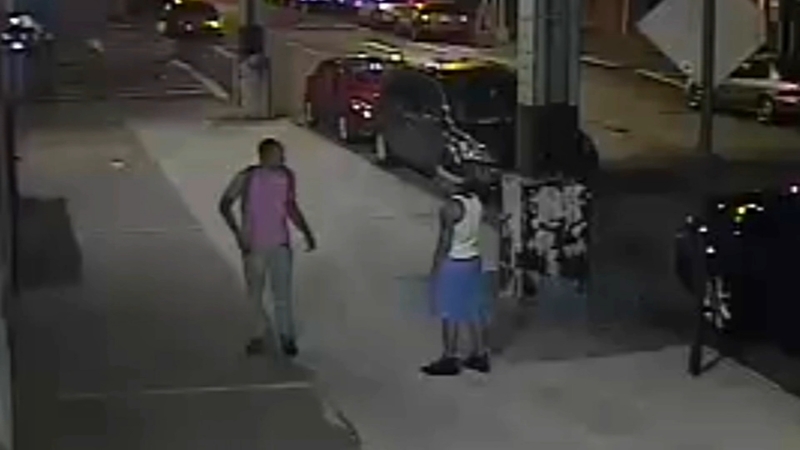 NEW YORK CITY (WPVI) -- Disturbing video from the New York City Police Department capturing an off-duty officer shooting a man in the face, then he allegedly tries to cover it up.

Authorities say Sergeant Richard Blake is wearing the backpack in the video.

The two men appearing to argue in the street before Blake opens fire.

The officer then hovers over the 21-year-old.

It appears he places an object by his side then removes it and then walks away.

Investigators say the officer initially claimed the man tried to rob him.

The two were apparently fighting over a woman.

The victim is in stable condition.

The NYPD is now investigating.