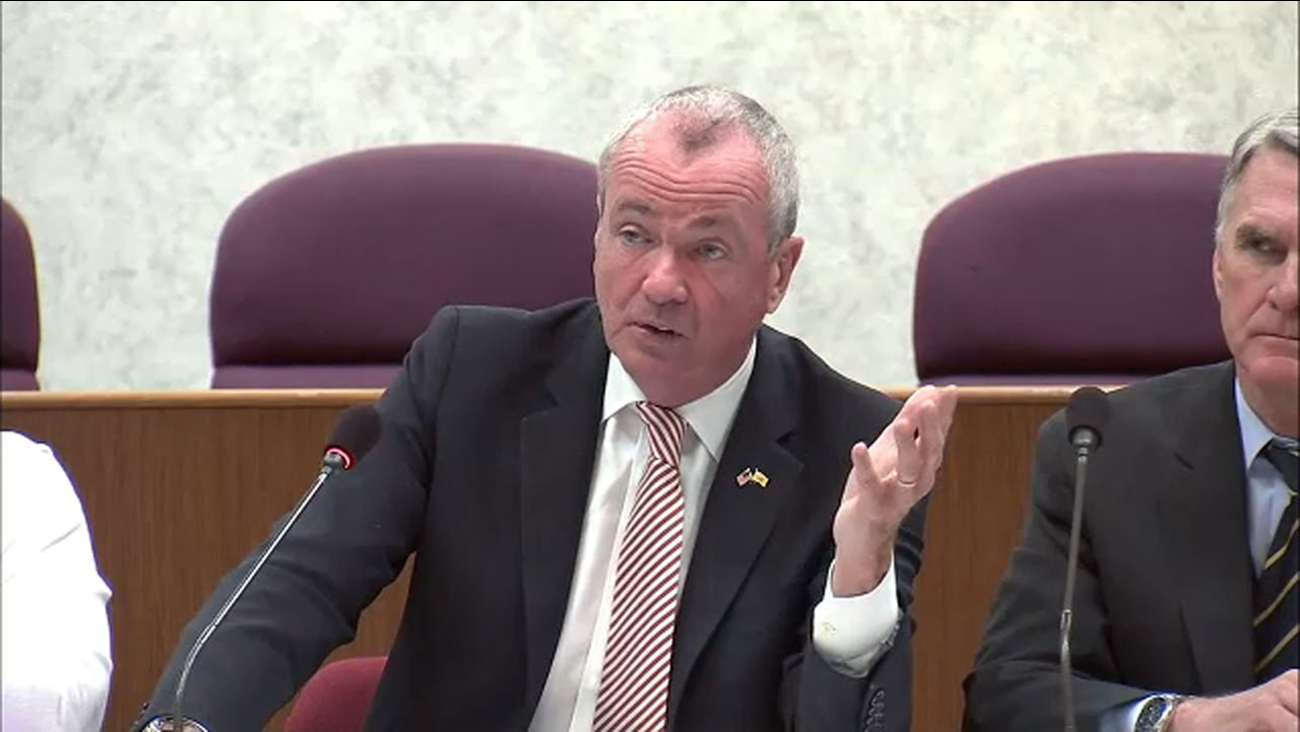 NEWARK, N.J. -- Note to New Jersey's beleaguered rail commuters: Gov. Phil Murphy feels your pain and grants you your ire. There just isn't a whole lot he can do about it immediately.

"I don't blame commuters one bit for their anger or cynicism," Murphy said after meeting with NJ Transit's top officials. "None of us do. Let there be no doubt that the commuter is on the pedestal now and they have every right to be upset."

A higher than usual number of unexcused absences by engineers, combined with summer vacations, has been blamed for the crew shortages. One engineer could drive four or five trains in an average day, NJ Transit Executive Director Kevin Corbett said.

A spokesman for the union representing locomotive engineers didn't respond to a message left Thursday.

NJ Transit also is making federally required safety improvements to install an emergency braking system by the end of the year to reach a deadline for getting a two-year extension for testing the new system, a process that could tie up equipment and crews for the next several months.

Communicating information about delays or cancellations can be improved, Murphy said. Corbett added that that can be challenging when last-minute absences are factored in.

There are some signs the situation is improving, however. A handful of trains were canceled Thursday morning, well below the number for several days in the last two weeks.

"Union leadership has put a notice out to the rank and file that they really need them to step up, and I suspect the improved results we've seen are due to that effort," Corbett said.

Murphy, a Democrat, blamed the engineer shortage and the lack of progress on the required safety improvements - the latter has been known about for years - on consistent under-investment by former Republican Gov. Chris Christie.

"This was eight years of complete and utter negligence of the country's premier rail and bus service," he said. "I'm not passing the buck. At the end of the day we own this. And we're committed to getting this right. But I want folks who are watching out there to know the mess we are digging out of. If anything, we underestimated the mess."

In response Thursday, state Assembly Republican Leader Jon Bramnick said, "New Jerseyans are tough, fair-minded people but they need information every morning to plan their day. Commuters have not received that information as to the status of trains and train delays. Blaming Chris Christie seven months into the new governor's term does not provide the needed information for our commuters."