Philadelphia plans to protect voters from intimidation and COVID-19 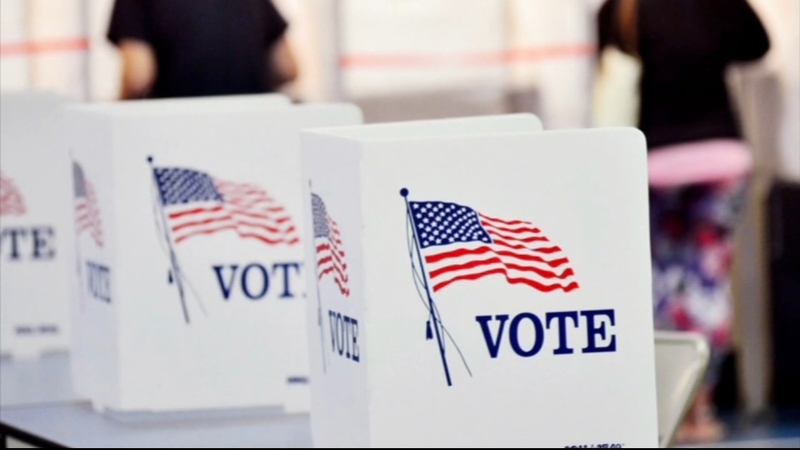 Philadelphia plans to protect voters from intimidation and COVID-19

PHILADELPHIA (WPVI) -- Any issues that may arise at Philadelphia polling places on Election Day will be addressed by a number of task forces ready to combat voter suppression.

Locally, the District Attorney's Office Elections Task Force is sending out 90 attorneys and detectives to follow up on voter disenfranchisement issues.

"If you are planning in Philadelphia to steal votes, I have something for you. I have a jail cell, I have charging papers," said District Attorney Larry Krasner.

The Philadephia Police Department is dedicating officers from each district to respond to calls at the polls.

"These officers will be wearing body-worn cameras and will also be joined by a police department supervisor when responding," said Commissioner Danielle Outlaw.

RELATED: Last-minute push to get voters to the polls in Philadelphia
EMBED More News Videos

About 500 volunteers did last minute door-to-door canvassing throughout Philadelphia, encouraging people who haven't historically voted in the past to show up at the polls.

By law, federal agents and police officers must remain 100 feet away from where ballots are cast, unless they are called in to preserve the peace.

The Department of Justice Civil Rights Division has named Philadelphia as one of the 44 jurisdictions which will be covered on Election Day. Agents will be tasked with monitoring polling activity to ensure fair and safe voting in the city.

ADA Andrew Wellbrock, a member of the District Attorney's Office Elections Task Force, says there have been no valid reports of organized voter intimidation or physical violence in Philadelphia during this election season.

"I've been doing this type of work at the district attorney's office for about six years now and I cannot think of any story of violence at the polls. It's just one of those things people talk about but never really happens," said ADA Wellbrock.

A major concern is the health and safety of poll workers and voters.

"Wear a mask and bring PPE. If you forget, we will provide it for you. Be prepared for a modest wait time due to physical distancing requirements," said Lisa Deeley, chair of the Office of City Commissioners.

Health Commissioner Dr. Thomas Farley says masks should be worn through the entire process and are most effective when paired with social distancing.

"You'll be given a disposable glove. Use that disposable glove to use the pen and signing in and using the voting machines so there's no risk from touching surfaces," says Dr. Farley.

If you have COVID-19 or are quarantining, you can still vote in Pennsylvania by filling out an emergency absentee ballot.

The application can be downloaded on your county's website and physically submitted by 8 p.m.

"They could get it down there themselves. They could also download a designated agent form and authorize someone else to take their application to City Hall. And that same person would get the ballot back out to them, complete and get it back to the city. It's a series of steps that people would have to follow. If you're not feeling well, you better take care of this tomorrow morning," said Pat Christmas, policy director of Committee of 70.

According to CDC guidance Monday night, you can also vote in person if you are currently recovering from Covid-19 or quarantining, but special precautions need to be taken.

"CDC's recommendations for isolating someone who has Covid-19 or quarantining someone who was in close contact with a person with Covid-19 would not preclude them from exercising their right to vote," a CDC spokesperson wrote in an email to CNN on Monday.

"In-person voting can be carried out safely following CDC's recommendations for polling location and voters," according to the spokesperson.

Secretary of State Kathy Boockvar and Secretary of Health Dr. Rachel Levine reminded Pennsylvanians who are currently in quarantine due to COVID-19 to contact their County Elections Office for an emergency absentee ballot if they were planning to vote in person but now cannot.

In Philadelphia, there are roughly 1.12 million registered voters. During this election, about 437,000 of them requested mail-in ballots. Of those, 342,000 mail-in ballots have already been received by the Board of Elections.

"We're going to make sure the polls are secure, and there's a fair transparent process in order to decide this election," said Councilmember Jamie Gauthier.

Mayor Jim Kenney is asking for the public's patience while all votes are tallied.

"By law, staffers are not allowed to start opening and counting these ballots until Election Day itself, that means getting a tally of mail-in ballots will easily take a few days," said Kenney.