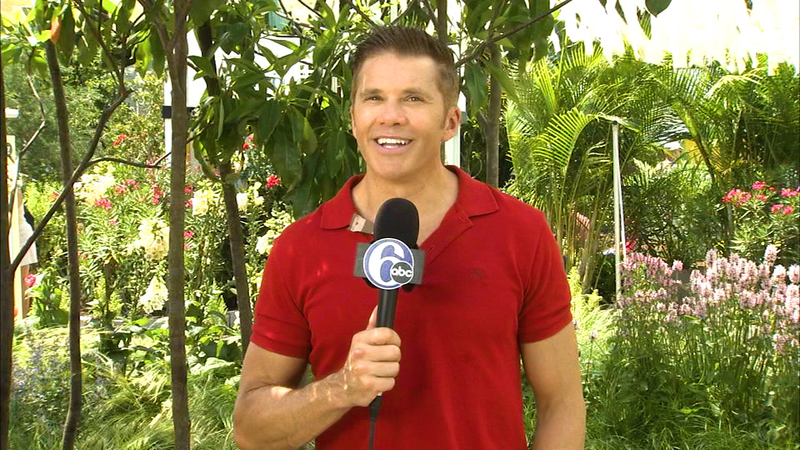 PHILADELPHIA (WPVI) -- We are praising the people who put the Pride in Pride Month. Adam Joseph hosts 6abc's Visions with stories about and impacting the local LGBTQ+ community.

The fight to keep LGBTQ+ books, stories in libraries
Author Alex London says there is more at stake than just reading when it comes to books representing the LGBTQ+ community.

"When you pull a book off the shelf, because it has a queer character, and it's a 'This isn't appropriate,' what you're saying to everyone in your community is these people are inappropriate. That promotes a culture of bullying that can promote feelings of self-loathing that leads to suicide. And I really do believe lives are at stake in these book arguments."

In 2013, he introduced his first queer main character, Sid.

That book, Proxy, recently landed on a list of challenged books in Texas because of the lead character.

Since introducing that first character, London has confidently included other LGBTQ characters in books and finds it critically important that those characters are present in literature and libraries around the country.

"When we push back to say, no, these books belong on the shelves, we're really saying, everyone belongs in our community."

The Q Crew is for young adults through high school. Each program uses the Abington Library as its home base.

In the Central Bucks School District, there is a battle arising over the language in a new policy that the ACLU claims "amount(s) to censorship" in the school's library.

Parents and students in the district worry that LGBTQ+ books could be targeted because of the vagueness of the new policy.

It's a superhero story with themes of discovering powers and claiming identity.

Since its release, audiences have quickly embraced the character.

She also recently wrote a story for the 2022 DC Comics pride anthology about Batgirl and her best friend Alesia Yo, who is a trans woman.

Jadzia is proud to contribute to the representation of transgender characters in literature and it's important to her to showcase queer love as something positive to take pride in.

In addition to writing, Jadzia is also a mother and a board member for Philadelphia Family Pride, a nonprofit that host events and provides LGBTQ+ families with a space to connect.

How a Philly psychiatrist paved the way for LGBTQIA+ civil rights
At the 1972 annual conference for the American Psychiatric Association (APA), Dr. John Fryer delivered a 10-minute speech that started, "I'm a homosexual. I'm a psychiatrist."

20 years earlier, the APA had added homosexuality to its book of mental disorders.

To challenge that classification, Dr. Fryer donned a wig and a distorted Nixon mask. He used a voice modulator and was identified by the alias, Dr. Henry Anonymous.

The disguise spoke to the risk to his career. If he'd been outed in that speech, he would likely never work again; his license would be revoked.

Because being gay was classified as a disorder, people were subject to a number of so-called cures, including lobotomies, chemical castration, electric shock therapy and institutionalization.

The following year, the APA removed homosexuality from its "Bible" of mental disorders.

In the decades after, the military ban fell, the same sex marriage ban fell and LGBTQIA+ people were no longer fired just for being gay.

But Dr. Fryer remained Dr. Anonymous for more than two decades, his story largely unknown until award-winning writer, actor and director Ain Gordon started a two-year residency at the Historical Society of Pennsylvania.

There, deep in the archives, Gordon found 217 boxes of Dr. Fryer's personal effects.

There's the history-making speech, written in Dr. Fryer's own hand, an audio recording of Dr. Fryer delivering it, and a diary he'd written in the day after.

Gordon wrote a play about Dr. Fryer called 217 Boxes. His longtime home, in the city's Germantown section, was recently added to the Philadelphia Register of Historic Places, and there's now an historical marker at 13th and Locust Streets.

On May 2, the 50th anniversary of his speech, was designated John Fryer Day, with community leaders gathering at the marker to celebrate Dr. Fryer's legacy as not just an important LGBTQ civil rights leader, but as an American civil rights hero. 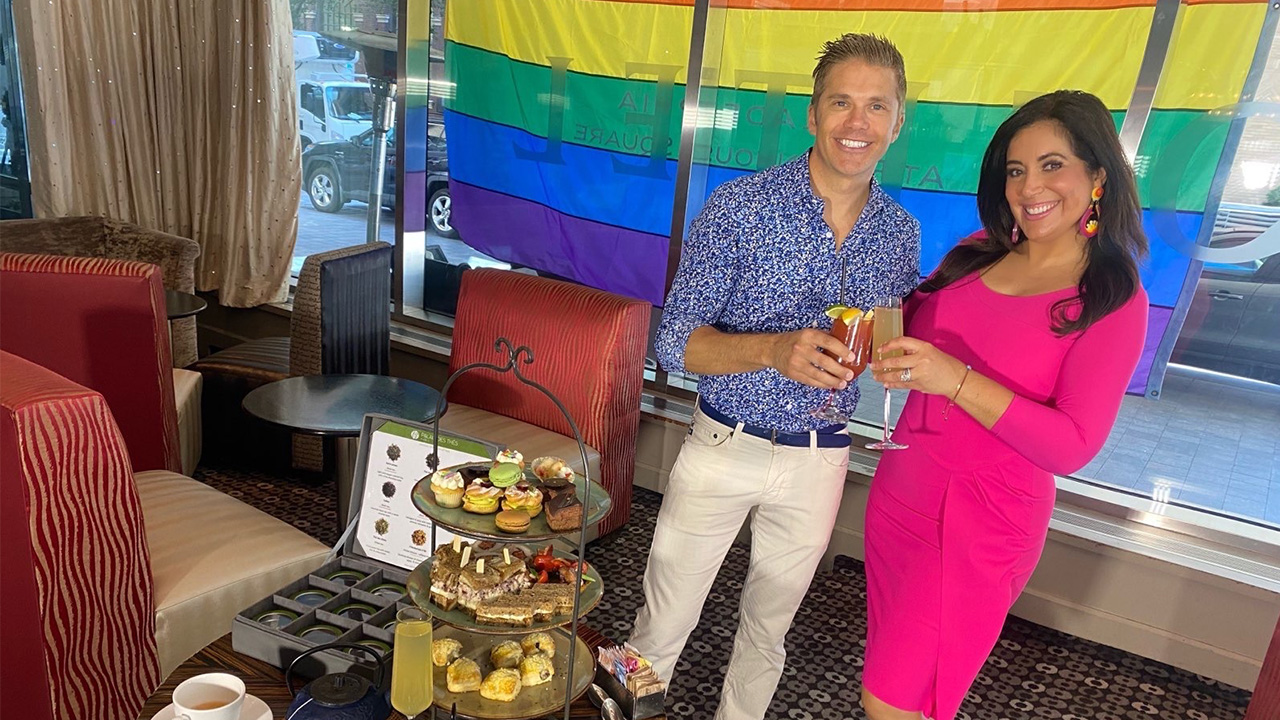 Adam Joseph, Alicia Vitarelli host FYI Philly Pride Show
We're celebrating Pride around the region with a rainbow of flavors from wine and beer to cupcakes Plus, a workout safe space for LGBTQ community.
These 5 locals represent the rise of LGBTQ+ representation in politics
LGBTQ+ representation at all levels of government appears to be gaining momentum with each passing year.

Meet some movers and shakers in the region, who either hold office. Have run for office. Or work in the political arena.

Mark Segal is the founder and publisher of the Philadelphia Gay News, and has been an activist in the gay rights movement since its earliest years. 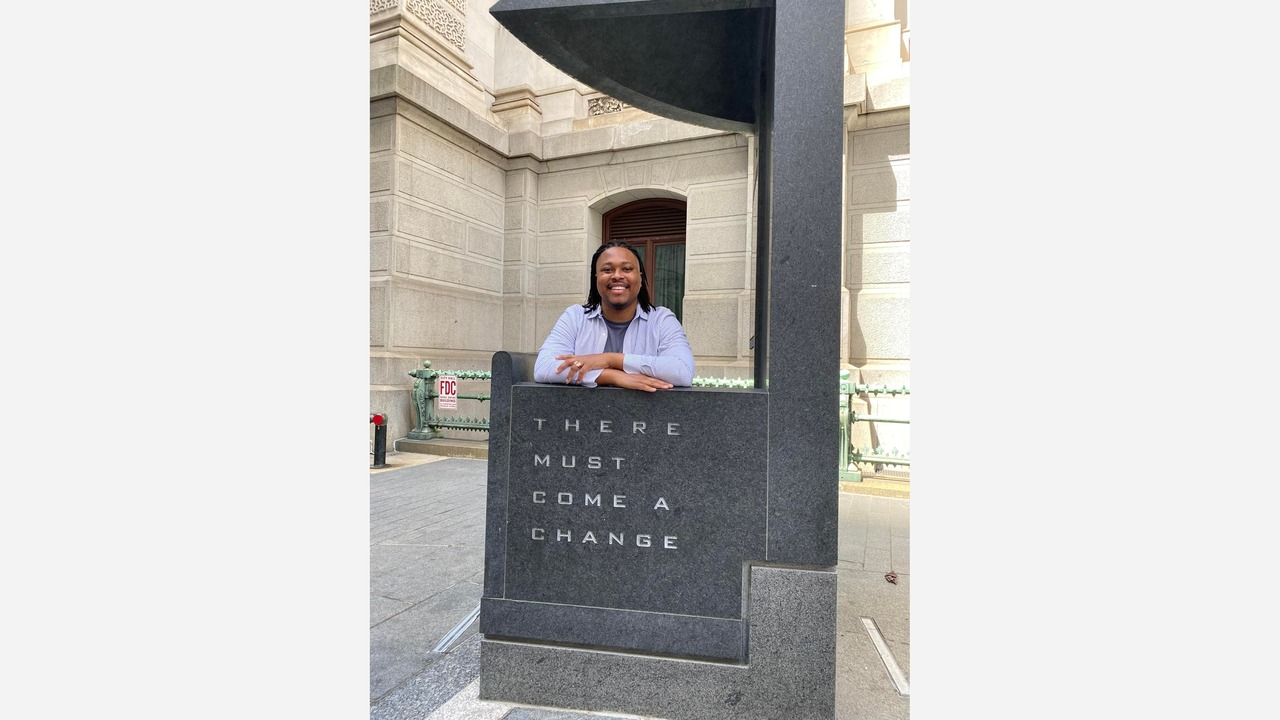 Malcolm Kenyatta currently serves as State Representative for the 181st District, and is the first openly LGBTQ person of color elected to the Pennsylvania General Assembly.

Jonathan Lovitz is a policy expert and business advisor who plays a national role on the advocacy scene across industries.

Anne Wakabayashi is the Chair of Governor Tom Wolf's LGBTQ+ Advisory Commission, and Sean Strub is the Mayor of Milford, Pennsylvania and a lifelong HIV-AIDS activist.

Now, at age 65, Judah is Atlantic City's first liaison and coordinator of LGBTQ+ programs and services in the newly created Mayor's Office of LGBTQ+ Affairs. Atlantic City had its first LGBTQIA+ flag-raising ceremony last year, and there are plans for a Pride parade this year.

Judah has been working hard to galvanize the LGBTQIA+ community and wants to see more LGBTQIA+ people in positions of power. There are efforts to mark a historically gay beach and create a gayborhood, businesses have begun flying the Pride flag and a group called Be Visible holds monthly mixers.

Judah is quick to note the times are changing and "what people really want is to be able to live anywhere they want."

The nonprofit puts on a variety of performances complete with costumes, dancers and a live orchestra.

"We do everything from POP, classical, everything in between. We also tie it to other elements," says Joe Buches, Artistic Director and Conductor of the Philadelphia Gay Men's Chorus.

The group cemented a well-respected reputation.

Many choirs emerged in the 1980s in response to the AIDS epidemic.

"For a safe place, and unfortunately, sing at funerals," says Buches, "When I started 18 years ago, there are about 35 members and now, we have over 150 members."

The 40th is a reflection on rebuilding from the pandemic.

"Last year, we did the whole season virtually," says Buches, "I'm glad to be back."

The aptly named the show: 'Songs of the Phoenix.'