"My insurance said they're not covering it," Dana Pemberton said.
WPVI
By Bob Brooks and 6abc Digital Staff 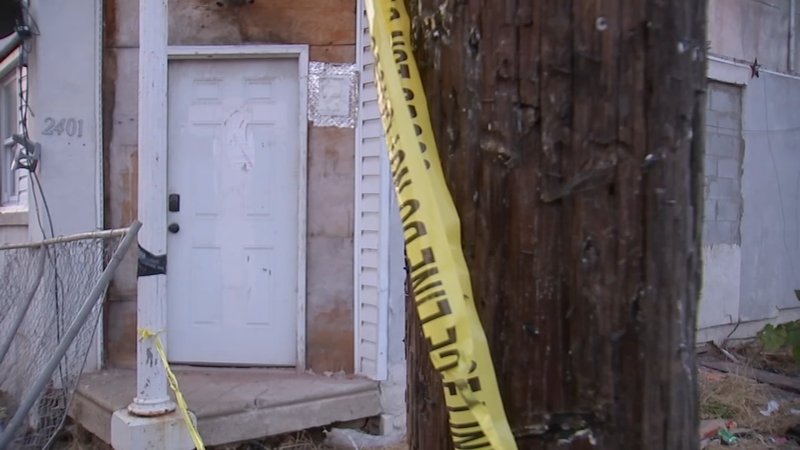 PHILADELPHIA (WPVI) -- After a lifetime at her home in North Philadelphia on the 2400 block of Turner Street, Dana Pemberton, known as 'Miss Dana,' didn't plan on the front of her home crumbling off.

But it has, and it just so happens there's new construction going up right next door.

"It's just been a mess," said Pemberton.

It all started late in October when her front facade started to buckle. On November 1, she was outside for a walk when it came down.

"You could hear it crumbling, and we just ran over here, and everything was on the ground," said Pemberton.

She doesn't know what to do.

"My insurance said they're not covering it," Pemberton added.

She says neither is the construction company next door who hasn't been in communication lately.

"They're missing, missing in action," she said.

The Philadelphia Department of Licenses and Inspections says the company is 1st National Construction out of Conshohocken, and they haven't violated any codes. Due to that L&I officials say they're not responsible for sorting this all out.

Action News did speak with the 1st National Construction owner. He says he feels bad about what's happened. But since he hasn't violated any codes, his insurance won't cover any of this either. He also isn't fixing Miss Dana's home out of his pocket.

So Action News asked an attorney what can be done.

"I have practiced nothing but contraction law for over 23 years," said Jennifer Horne of Horn Williamson, LLC.

Horn believes Miss Dana's home may have had previous issues but doesn't think the collapse would have happened without the construction.

"Do I believe the facade would have fallen off on its own? Maybe. But not likely," said Horn.

She also says insurance companies likely won't help until you get an attorney involved.

"Insurance companies take the position that the damages are excluded from the homeowner policy and do not voluntarily come forward," said Horn.

She adds it's difficult for a variety of reasons to get the city to step in.

"We see that they're either unable or unwilling to force that builder or developer to pay for the damage that they cause," added Horn.

On Friday, there was a protest about this very issue outside L&I headquarters.

Organizers are calling for residents near new construction to be protected with a comprehensive liability agreement.

As for Miss Dana, she doesn't plan to step inside her home until it's fixed.

"I'm handicapped, and they're not giving me a place to stay," said Pemberton.