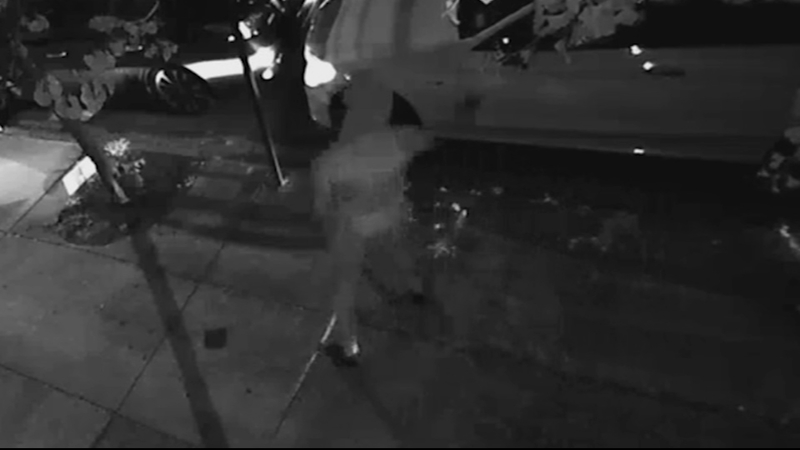 PHILADELPHIA (WPVI) -- One man was killed and a woman is in critical condition after a shooting in Philadelphia's Queen Village section, police said.

The shooting happened at about 11:45 p.m. Monday on the 200 block of Bainbridge Street while the victims were sitting in a white Mercedes.

According to police, a second car double-parked next to the Mercedes and a suspect began shooting. The shooting was caught on surveillance video.

A 38-year-old man, who was sitting in the driver's seat, was shot multiple times in the neck and chest. He was taken to Jefferson University Hospital where he died a short time later.

A 25-year-old woman was found on the road with gunshot wounds to the stomach and thigh, police said. She was taken to Jefferson University Hospital where she was listed in critical condition.

According to investigators, the suspect got back in the car and left the scene.

The area, filled with historic homes, is one block south of South Street where people usually gather at bars and restaurants.

"We don't usually see any problems at all in this particular area," said Philadelphia Police Chief Inspector Scott Small.

Many neighbors are now concerned about more and more incidents happening nearby.

"We respect and we are very happy the police are here, but we'd like to see them more before the actual things happen like this," said resident Brian O'Donnell.

"I feel scared as well but I think it's a deeper issue than just putting a few more police officers on the end of the block," said resident Taylor Hentzman.

The very issue of gun violence is why marine veteran and activist Jamal Johnson showed up at the scene.

"I'm just here to highlight the fact that this is happening all over Philadelphia," said Johnson.

Authorities found 11 shell casings at the scene, but no arrests have been made.

Investigators said they do have additional evidence that could possibly provide more clues.