Teen dead, 3 others hurt after fight leads to gunfire at Brookline Park in Reading

Police say approximately 15 to 30 teens from nearby towns came to the playground to engage in a fight.
WPVI
By 6abc Digital Staff and Gray Hall 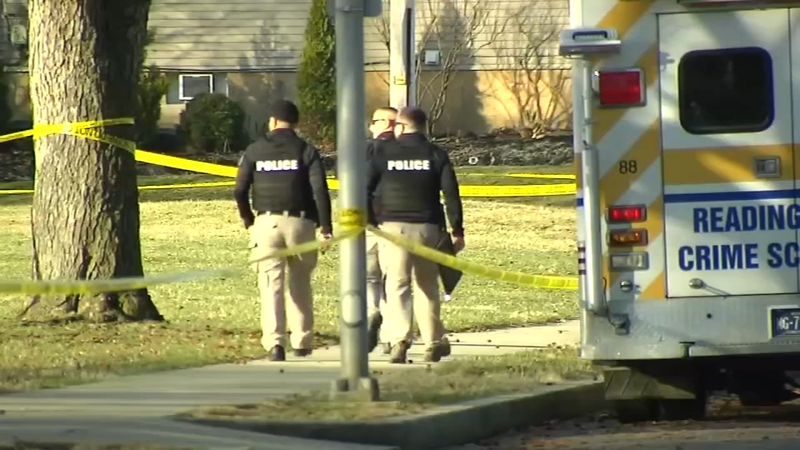 Teen dead, 3 others hurt after fight leads to gunfire at park

READING, Pennsylvania (WPVI) -- A large fight at a Reading, Pennsylvania park led to a deadly shooting on Monday night, according to police.

It happened around 7:45 p.m. Monday in the 1300 block of Meade Street at Brookline Park.

According to Reading Police Chief Richard Tornielli, approximately 15 to 30 teens from nearby towns came to the playground to engage in a fight.

That's when the bullets started flying.

One neighbor told Action News he heard at least 10 to 15 shots from his home.

Chopper 6 was overhead after a shooting near Brookline Park in Reading, Pennsylvania on March 14, 2022.

"When we arrived on location, we found one male victim deceased on the playground," said Tornielli.

Three other teens were also injured in the shooting but are expected to survive.

Investigators are in the early stages of this investigation and are working to figure out why this happened.

The Governor Mifflin School District in Reading sent a letter to families on Tuesday informing them of the incident.

"Tragically, we were informed this morning by law enforcement that Governor Mifflin students were involved in a shooting last night, in which one student was fatally shot and another was admitted to the ICU," Superintendent William McKay said. "Please keep these students and their families in your thoughts today."

The district switched secondary students to virtual learning on Tuesday. The middle school and high school were open for grief counseling support.

During a press briefing on the shooting, Mayor Eddie Moran expressed his outrage following the violence.

"We should not live like this. It is time for us to take our community back in our hands," said Moran.

Anyone with information on the shooting is asked to contact Reading police.