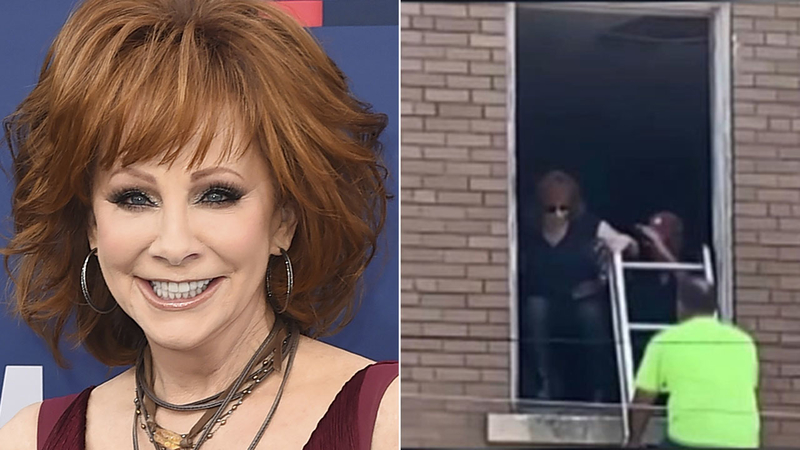 Reba McEntire OK after firefighters evacuate her on ladder

ATOKA, Oklahoma -- Rescue crews in a small city in Oklahoma were captured on video rescuing country star Reba McEntire from a historic building after a staircase collapsed on Tuesday.

According to KXII-TV, the singer and her partner, Rex Linn, were touring the building when a set of stairs collapsed, leaving them stranded on the second floor.

The video, taken by a woman named Tina Eldridge-Jackson, shows the superstar coming down a ladder with the help of firefighters.

McEntire commented on the incident on Twitter Wednesday afternoon saying she's glad no one was seriously injured.

While my team and I were in Atoka, OK yesterday checking out an old historical building, a staircase collapsed. Thankfully, no one was seriously injured. We were safely evacuated from the building thanks to the quick response from the Atoka fire and police departments.