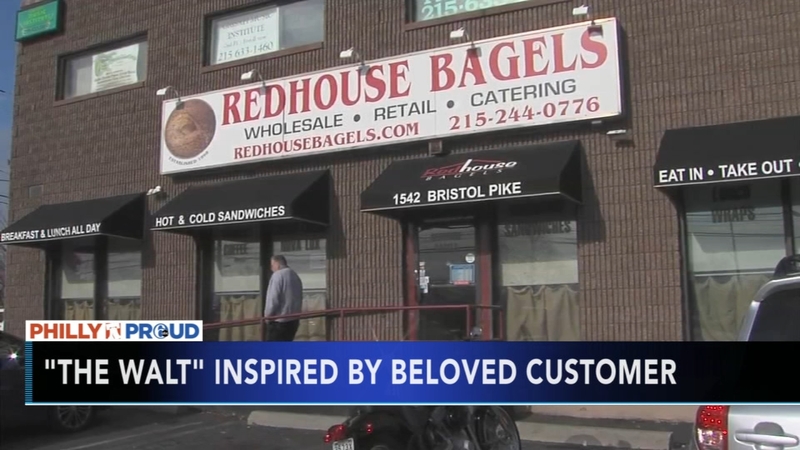 BENSALEM, Pa. (WPVI) -- A local bagel shop's search for a beloved customer has come to a happy conclusion.

Redhouse Bagels has been a staple on Bristol Pike in Bensalem for two decades.

Sunday mornings, as you can imagine, are packed with loyal customers. But there's one in particular who really had a special connection with the place.
Walt was a regular, going to the bagel shop every Sunday at 7 a.m.

He would get pork roll, egg and cheese on a plain bagel. Because he suffered from Alzheimer's disease, he would bring his order on a laminated sheet of paper so he wouldn't forget it.

Walt has just entered memory care, so he won't be there on Sundays anymore for his favorite breakfast sandwich.

His wife wanted to thank the staff for their kindness and patience, so she left a note that reads in part:

"Please know how important this was to him and myself that no one treated him any different and always allowed him to take his time to get his point across -- and did this with a smile, even though it was 7 a.m. on a Sunday rush." 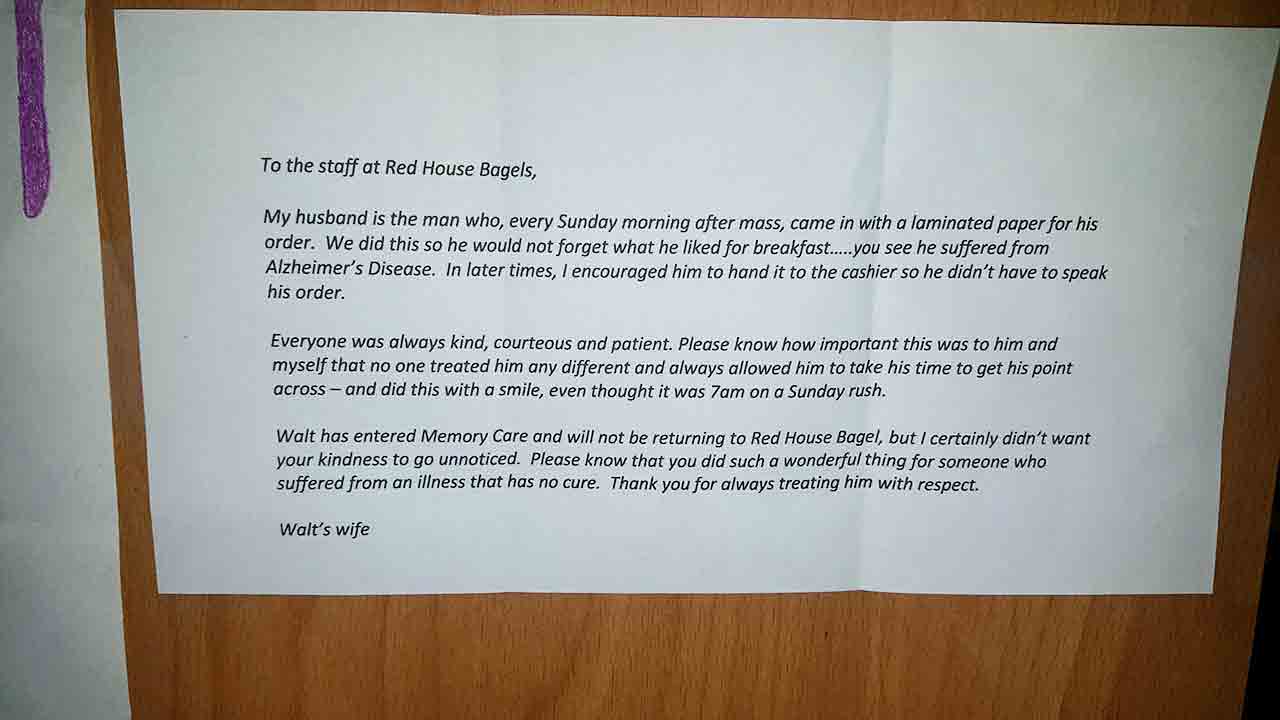 The owner, Richard Redhouse, then set out on a mission to find Walt and his family.

"He loved coming here and this is our 20th year and it makes it all worthwhile - just makes you feel good and makes you want to help Walt wherever he's at now and get him his fave sandwich again," Redhouse said.

They only knew his first name - Walt. They didn't know his last name, or even his wife's name (she signed the letter simply with "Walt's wife").

But they wanted to get a hold of him so they could get him that pork roll, egg and cheese on a plain bagel.

Well, after Action News aired the story Tuesday evening, and posted on our Facebook page that night, the overwhelming response led Redhouse to Walt!

"Thank you everyone for the amazing response to Walt. We have been contacted by the family and they are very grateful for and overwhelmed by the outpouring of compassion and support generated by her letter. Their privacy is of most importance though and we hope to be able to get Walt his favorite sandwich soon. We have added 'THE WALT' sandwich to our menu and a portion of the sales will be donated to Alzheimer's research."